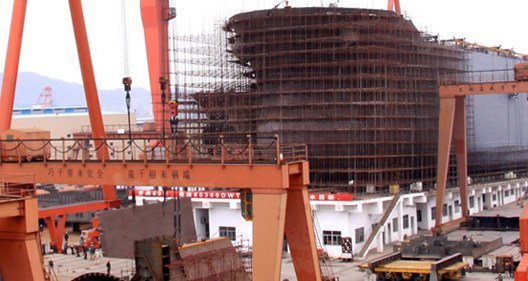 Fujian Crown Ocean Shipbuilding, the subsidiary shipyard of Fujian Crown Sea Shipping, has suspended operations and has been unable to pay its employees due to financial difficulties Chinese local media reports.

The shipyard employees filed a lawsuit against the yard in July and the court ruled the shipyard to pay the salaries in October however the shipyard still hasn’t paid the employees.

According to the employees, the shipyard has scrapped and sold ship blocks for a new 80,500dwt bulker which was under construction at the yard and built for Fujian Crown Sea Shipping, while it has also leased part of its shipbuilding facilities to Fujian Mawei Shipbuilding to build ship blocks and a subsidiary of China Railway Engineering Corporation to build steel structures. However, the income from these ventures hasn’t made its way into the company’s account.

Lin Cailong, the president of Fujian Crown Sea Shipping, could not be reached for comment on the situation.