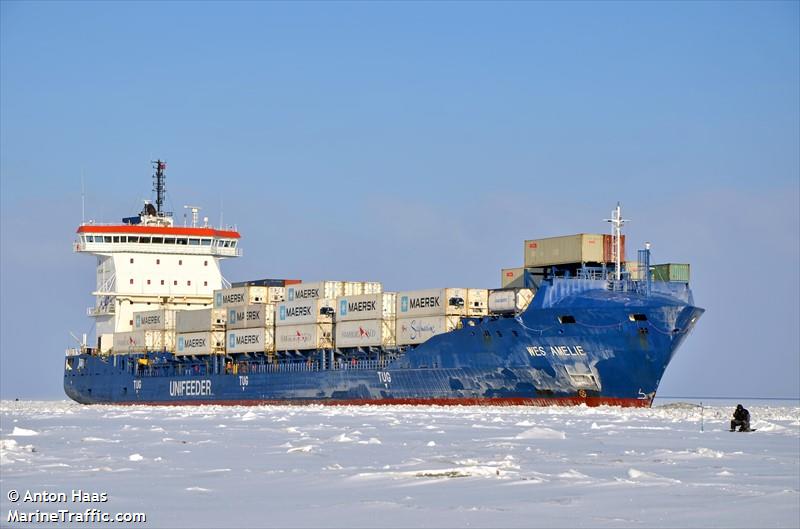 , a 1,036 teu feeder containership, will use liquefied synthetic natural gas (SNG) produced from renewable electrical energy as drop-in fuel. The companies are cooperating on the Wes Amelie project with Nauticor, an LNG transportation company, and charterer Unifeeder.

To demonstrate that SNG can successfully be used as shipping fuel, 20 of the 120 tons of LNG that the Wes Amelie typically uses per round trip will be replaced by what MAN described in a release yesterday as “climate-neutral” SNG. As a result, CO2 emissions are expected to decline by 56 tons for this trip.

Automobile manufacturer Audi’s Power-to-Gas facility in Werlte, where a liquefaction plant is currently under construction, will provide the SNG, which will be generated by wind energy. The SNG trip will take place after the completion of the liquefaction plant in Q2 2020.

The Wes Amelie, owned and managed by Wessels Reederei, previously made headlines in 2017 when its MAN 8L48/60B main engine was retrofitted to its current, four-stroke MAN 51/60DF unit that enables dual-fuel operation – the first such conversion in the world.

Stefan Eefting, head of MAN PrimeServ, said: “We strongly believe that a roadmap based on LNG and SNG as fuels can lead the way to a decarbonised future for shipping.”

“We will now demonstrate that SNG can successfully be used to reduce harmful emissions even further as the fuel is climate-neutral. However the costs are still way too high. Going forward, governments and regulators will have to work together to make this a viable and available option for shipowners,” Hoepfner said, a point of view shared by MAN’s Eefting.

“Industry and government need to make an effort now and to invest in LNG infrastructure to free the way for SNG-based, climate-neutral shipping tomorrow,” Eefting said, adding: “Any LNG-retrofitted ship can also run on SNG – that’s what we want to demonstrate:”