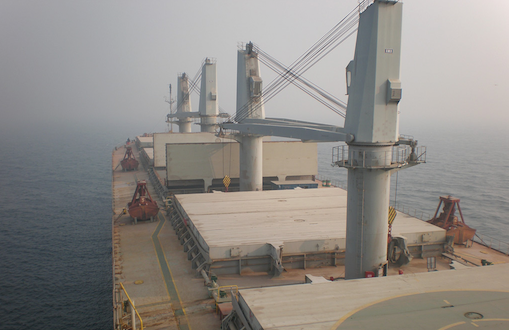 When bad times arrive in shipping pooling becomes fashionable. The latest in the dry bulk sector has just been announced in Hamburg where two local companies H. Vogemann and Ahrenkiel Steamship have started a supramax pool saying they are “aiming to create a significantly more efficient cost structure”.

“On the basis of synergy benefits and many years of experience in chartering and ship management business, the two companies anticipate charter income substantially above the figures quoted for the relevant routes in the Baltic Supramax Index,” the pair said in a release.

The pool is open to outside parties. Initially the pair have put six ships in each plus there are a couple from an unspecified Greek owner. The 14 ships in the pool range in size from 51,000 to 58,000 dwt.

“[T]he partners anticipate further additions over the coming weeks,” the pair said in the release.

The pool does not focus solely on the spot market; it also seeks to secure medium-term time

Moreover, joining or exiting at short notice is “fundamentally possible”, the pair said. “This flexibility makes the pool also an interesting prospect for entities under restructuring,” the German companies said.

Dr Michael Silies, managing director of Ahrenkiel Steamship, commented: “Bundling expertise and capacity remains the order of the day in what is still a fragile market environment. We view the supramax alliance as an important initiative that is also open to other partners.”

The German pool is the latest in a sudden recent flurry of new supramax pool announcements. Italy’s d’Amico revealed its pool intentions exclusively to Splash this March, while Clipper and Genco formed one in January, and Thoresen Shipping created another last November.