Class society ABS has published its latest trends and projections on carbon-reduction strategies for shipping as the industry looks to meet decarbonisation ambitions and has warned shipping could fail in meeting its greenhouse gas reduction targets.

The 103-page report examines new fuels, technologies and operational measures and matches that with forecasts for the world’s key trade lanes to envision what shipping may look like in 2030 and 2050.

“Maritime’s decarbonisation challenge can be regarded as a complex riddle with three elements: vessel energy efficient technologies, operational optimisation and low and zero carbon or carbon neutral fuels. All elements have a role to play, but we have identified that the rate of shipping’s transition to lower carbon fuels will have the single biggest impact on its global carbon footprint; more than any predictable shifts in commodity demand, enhancements to operating practices, vessel routings, or ship designs,” said Christopher Wiernicki, the chairman of ABS. “The models in our research suggest our industry will meet the targets for the reduction in carbon intensity by 2050, but it might miss the target for the total GHG emitted annually. In short, there is a gap between the industry’s present course, and its stated ambition.”

ABS collaborated with Maritime Strategies International (MSI) to create a global scenario for the future CO2 emissions from shipping, which takes into account the future variation of fuels used in vessels, as well as the decarbonisation of different industrial sectors on which shipping depends.

Research in the outlook suggests that, on the current trajectory, petroleum-based fuels will still have considerable market share by 2050 (see charts below), which has significant implications for meeting the emissions challenge.

“While low-carbon fuels (LNG, LPG, methanol) can assume a significant role in the near term, the adoption of zero-carbon fuels must begin in earnest before the end of the current decade. It has yet to become clear what the carbon footprint of biofuels and synthetic fuels will be, and how this could be measured in a standardized manner,” the report states.

The study suggests that the 50% absolute reduction in CO2 emissions through to 2050 as stipulated by the International Maritime Organizatiomn (IMO) will require additional measures, such as reducing the share of oil-based fuels by 2050 below the 40% level projected in this research through greater adoption of low and zero-carbon fuels.

ABS is predicting the use of LNG is expected to increase until 2035, based on its expanding infrastructure, trade volumes and lower carbon intensity than oil-based fuels. However, the adoption of LNG is not sufficient to meet the long- term IMO targets, ABS stresses, therefore it is expected that it will be replaced by bio-derived natural gas and, eventually, by hydrogen.

The use of ammonia as a fuel is predicted to grow by ABS due to its zero-carbon content, easier distribution, storage and bunkering compared to hydrogen, and its suitability with existing and emerging technologies for propulsion and power generation.

The fuel outlook’s approach was supported by Maersk, a company that has set a target of becoming carbon neutral by 2050. Palle Laursen, Maersk’s chief technical officer, commented: “We need to bring the first commercially viable carbon neutral vessel into operation by 2030 already, which can only happen if we work together across the industry and supply chain.” 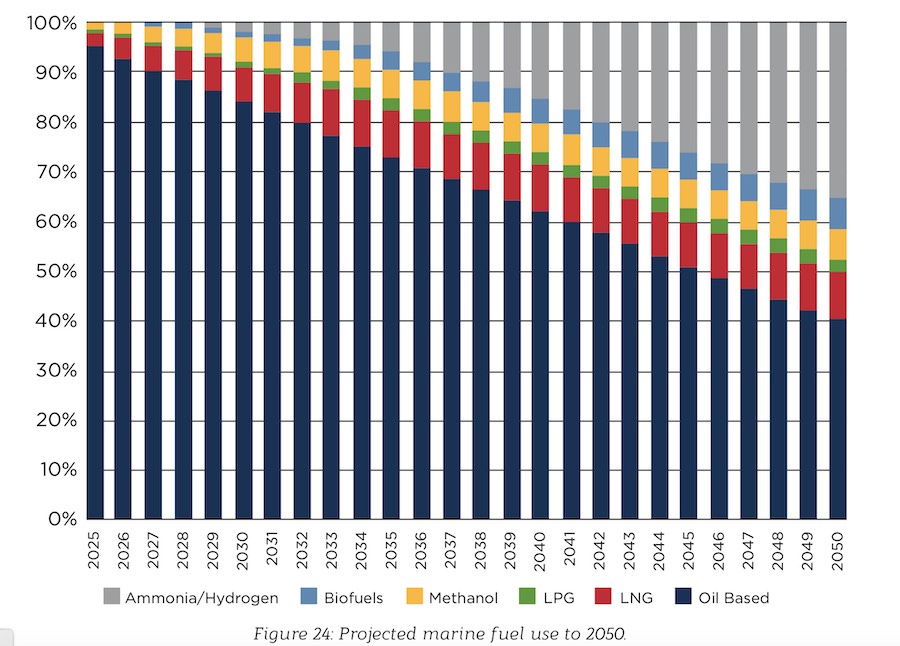 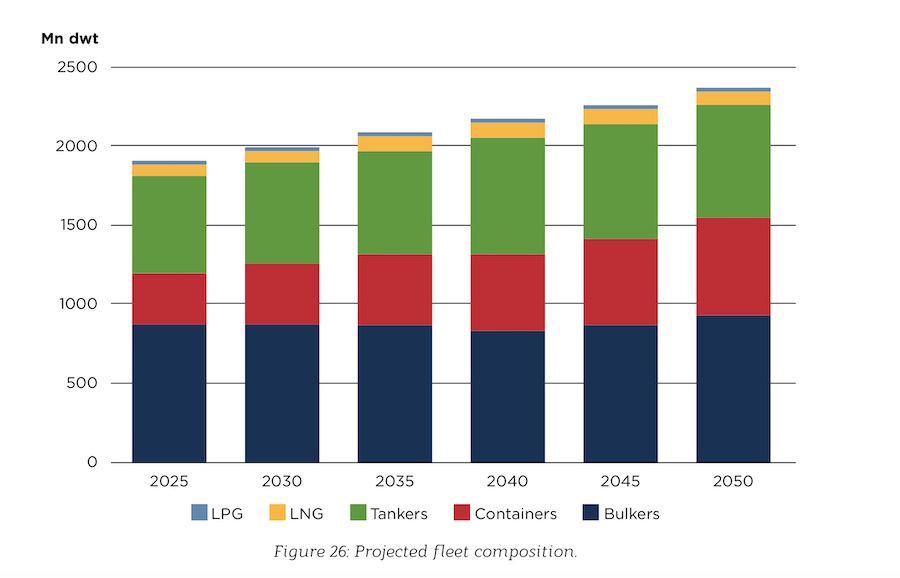 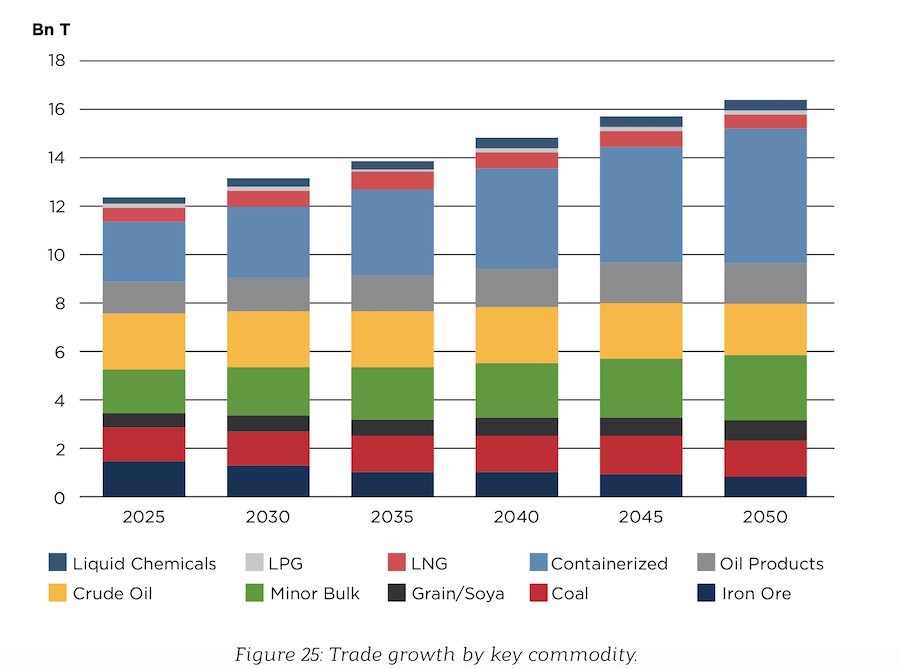