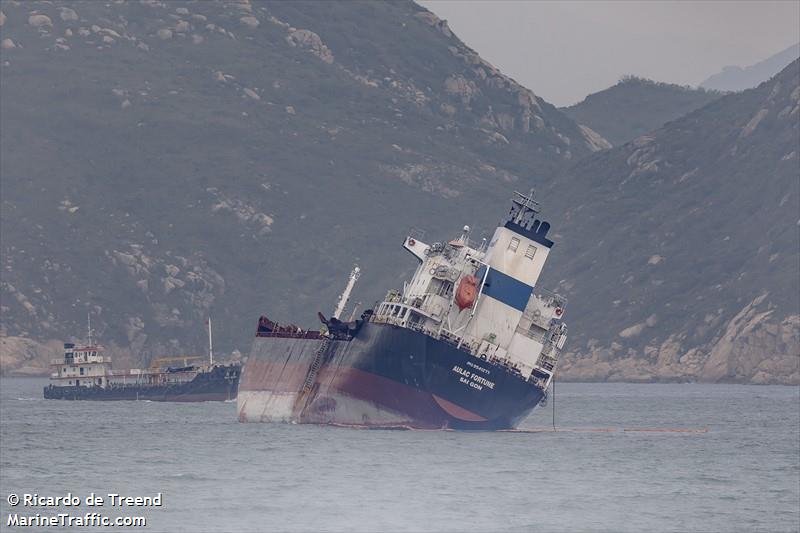 caught fire following a massive explosion onboard near Hong Kong’s Lamma Island at around 11:30am this morning.

The 17,500 dwt vessel arrived in Hong Kong from Dongguan earlier in the morning before the explosion occurred in the dangerous goods anchorage south of Lamma.

Local authorities sent out rescue boats, firefighting vessels and a helicopter for the rescue operations and managed to save 24 crew who jumped or fell from the ship. Local reports suggest at least one seafarer is dead and three others are missing. The crew was made up of Vietnamese plus one Singaporean.

Locals reported hearing a huge explosion and the windows of nearby apartments shook, according to accounts on social media.

“The patio doors shook like they did in the big typhoon,” one Lamma resident told local media, adding “I thought it was an earthquake. It must have been a huge explosion.” Residents on other islands up to 15 miles away could hear the explosion.

The vessel is owned by Vietnamese company Aulac JSC, which operates a fleet of eight tankers of similar sizes.

The vessel started to capsize after the explosion. Firefighting and search operations are still ongoing.

The explosion occurred to the south of Lamma Island, near Turtle Beach, one of very few nesting grounds in southern China for endangered sea turtles.