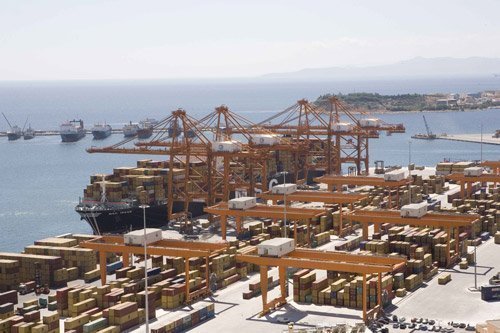 Greece’s Port Planning and Development Committee has rejected a plan submitted by Cosco-controlled Piraeus Port Authority (PPA) to build a fourth container terminal at the port as part of a EUR800m ($881m) investment master plan.

PPA’s master plan includes the development of a new mall and hotels, a new cruise ship terminal, a new car terminal, and a fourth container terminal to expand the port’s current container capacity from 7m teu to 10m teu.

The investment on the approved projects will reach EUR612m ($674m).

Greek shipping minister Ioannis Plakiotakis said in a statement that the approval marks the opening of a new page in the excellent relations between Greece and China.

“After a long waiting period, we obtained the approval to proceed to the implementation of significant investments that will make Piraeus the most important port in the Mediterranean and will create even more new working positions. We hope that the competent authorities will soon review the expansion of the container terminal as it is one major investment that will establish the Piraeus port as one of the top container terminals in Europe,” said Yu Zenggang, the chairman of PPA.

Cosco took control of PPA in 2016 after acquiring a 51 percent stake in the port.