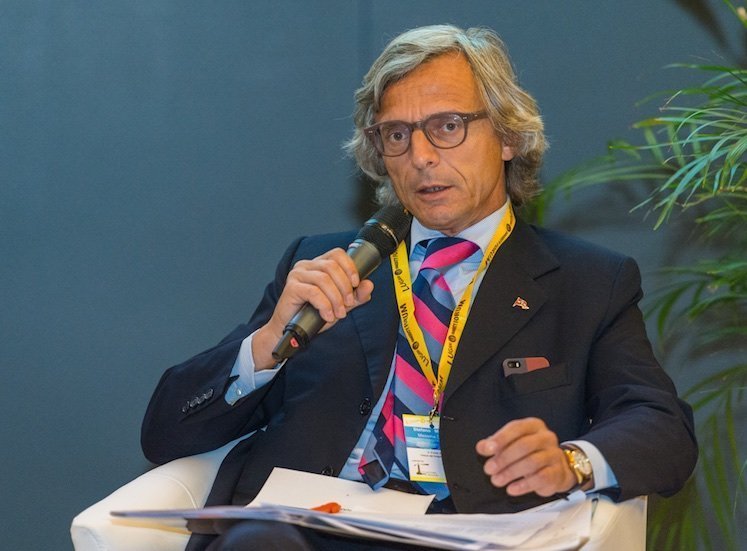 Genoa: Market and geographic specialisation is helping Gruppo Messina of Italy to defend its market share on the trades between Europe, Africa and Middle East in the roro and container trades.

In all of its 70-plus year history, Messina lines has rarely had to deal with so much growing competition, financial hurdles, low freight rates and political instability as now.

Stefano Messina, chairman of Gruppo Messina, tells Maritime CEO: “The current market situation in shipping requires changes in assets, in governance and in commercial strategies. At the same time, thanks to the specialisation of our fleet in relation to the markets we serve, we maintain a competitive position.”

Messina’s sentiment seems to be prudent but positive. He sees freight rates and volumes improving to North Africa improving once political problems in the region are resolved. The Mediterranean arena, like much of the rest of the global liner trades, Messina believes will suffer from overcapacity for the following three years.

As of today Gruppo Messina also owns a 63% stake in chemical tanker specialist Diego Calì & C. and also a 50% stake in Four Jolly (a joint venture with Premuda controlling two LR2 tankers) but the Messina family made its original debut in shipowning with wine carrying vessels in Sicily at the end of the 19th century.

Ignazio Messina & C. today operates a fleet of 21 vessels (including owned and chartered ones) with a total capacity of 40,200 teu and 62,500 lane metres capacity.

Following a long standing strategy based on secondhand ships, the Genoa-based group in recent years launched an ambitious investment program in newbuildings at Daewoo and STX shipyards in South Korea worth some $600m.

“Our company has recently performed a notable investment on the renewal of the fleet, which represents a new focus in our business plan and development strategies. We ordered the eight largest roro container ships ever built that provide us a cargo capacity increase from 26,900 to 45,200 dwt and higher transport efficiency from 0.51 to 0.44 tons of ship for each ton of cargo,” concludes Messina.