A hospital pass is the sporting vernacular that many might have felt on hearing Khamis Juma Buamim had taken on the leadership at then struggling Gulf Navigation in Dubai last year. Still, in less than a year the ex-Drydocks World boss has tackled the oncoming financial opposition, sidestepping tricky vessel freight rates by fanning out wide in a huge diversification. What’s more, he’s made the cover of the latest packed issue of Maritime CEO magazine, which publishes today.

Buamin was the chairman of the local shipyard giant Drydocks World for five years and before that he spent 26 years with Conoco and ConocoPhillips. Having managed to put the brakes on at Drydocks World and turned it around, last April Buamim took on arguably his biggest challenge, steering tanker firm Gulf Navigation, which had in recent years skirted with bankruptcy.

His roles at the yard and the line have similarities as he explains.

“In both cases I came in to salvage and resurrect and it’s something I enjoy,” Buamim says in this issue’s cover story.

On taking office at Gulf Navigation, Buamim quickly set about settling debts and then moved on to one of the fastest, most widespread diversifications any shipowner has ever sought.

With the extra revenue streams in place Buamim is not forgetting about the core of the business, namely shipowning. The fleet took a battering in the first half of this decade but now significant expansion plans are being put in place.

“We are targeting to triple the fleet size and mix by 2020,” the tanker boss says.

The full interview is carried within the magazine as are the views and thoughts of many other top shipowners. Elsewhere in the magazine is a special report on Singapore with the magazine set to be distributed across the busy Singapore Maritime Week later this month.

There’s also a feature on blockchain, coverage of German ship finance plus all the normal recreational side of the publication towards the back such as gadgets, travel, books and wine.

Splash readers can access the full magazine for free by clicking here. 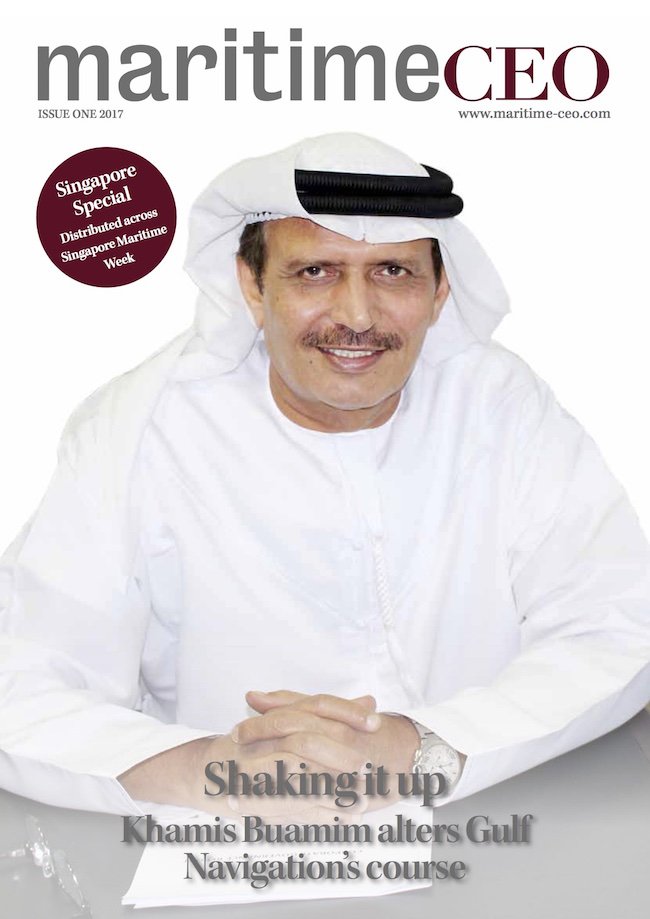