Owners, managers and insurers said yesterday that they are exasperated that one year on, the Royal Arsenal 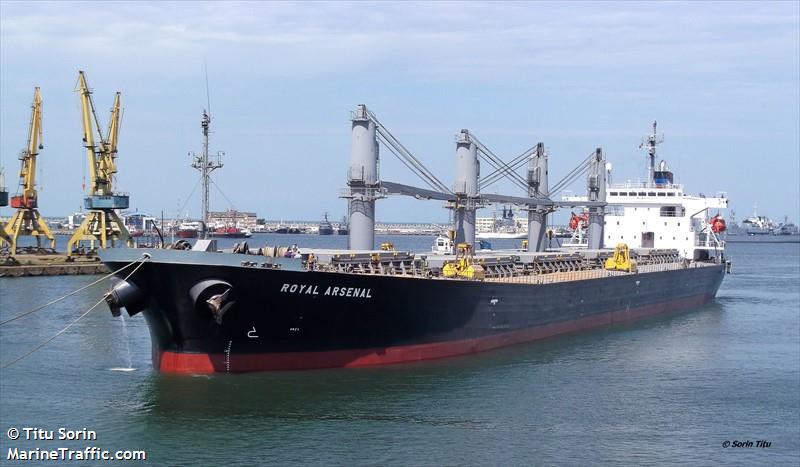 and its crew remain under detention at Umm Qasr, Iraq, following a night time collision with a vessel owned and operated by the General Company Ports of Iraq (GCPI) in which there were 21 fatalities.

Despite concerted and repeated efforts to work with the courts, the GCPI and the families of the deceased crewmembers, very little progress has been achieved, and the vessel, and its crew, remain at Umm Qasr. No quantified claims have been filed at court, even 12 months after the incident, so it has not been possible for security for the claims to be provided to enable the ship and crew to leave.

Roy Khoury, managing director of the vessel’s managers, Blue Fleet Group, commented: “This is a most distressing situation. Every time we try and move towards a resolution, fresh obstacles are created. We want to work with the families and the GCPI in a constructive manner, but it is just not possible when the goal posts are moved at every turn.

“We will continue to support our crew by fully settling their wages and entitlements, by offering professional support, and by making sure that the vessel is supplied with provisions and with power, but it is most unfortunate and most unfair that the crew are being made to suffer in this situation.”

To date, the ship’s owner has incurred expenses in excess of $1.8m, and lost a year’s income.

Proceedings are likely now to move to Hamburg and the International Tribunal Law of the Sea to resolve the matter.

The Royal Arsenal was detained following a collision between the handymax vessel, with the compulsory Iraqi pilot onboard supervising the navigation, and a dive support craft Al Misbar, which was being used to ferry port employees from an offshore oil terminal.