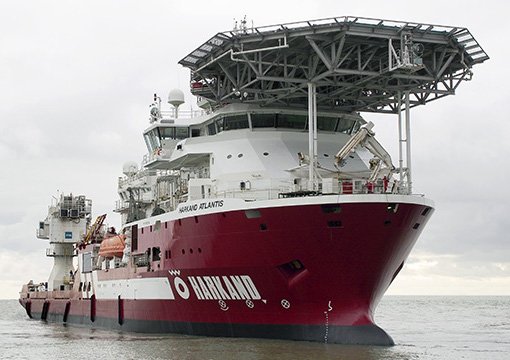 Oslo-listed Harkand Finance and its bond trustee Nordic Trustee have agreed to terminate the bareboat charters of two of Harkand’s dive support vessels after the shipping company’s bonds were found to be in default.

In 2014, Harkand completed a $230m issue of senior secured bonds due in March 2019, through which it raised proceeds to refinance existing debt on the vessels Harkand Atlantis (pictured) and Harkand Da Vinci and fund the pre-delivery installments on a DSV newbuilding.

Nordic Trustee today said it has “for now not declared the bonds to be due for immediate payment” but has agreed with Harkand to cancel the two DSVs’ bareboat charters. The trustee notified Harkand in March that the bonds were in default.

The DSV newbuilding, Harkand Haldane, is due to be delivered this month.