The offshore marine space continues to be operating in high stress mode with even the most noble and well run companies struggling to generate profits, or even positive cash flows.

Outside of the marine space the global oil and gas industry faces poor earnings visibility as capex and operating costs are being slashed. The market continues to be challenging for the entire industry; including oil companies, vessel owners, service providers and shipyards.

Utilisation dropped on average 40% across the sectors with some areas effected more than others (North Sea/US Gulf of Mexico). Charter rates are down, again at levels around 40%. This has put extreme pressure on vessel prices with the oversupply of vessels (existing fleet plus newbuildings galore) worsening the situation.

The market is out of balance when it comes to supply and demand; where even in the unlikely event of the entire rig fleet working, there would be still be a surplus of offshore support vessels.

After many years of relatively healthy vessel values in the second hand/resale space, these values have now fallen steeply since the downturn began, by as much as 20-30% and considerably more for older vessels.

This quarter, oil prices have tumbled to below $50 per month on the back of market events from China and Greece, Iran’s nuclear agreement, the continual threat of shale oil and the continued asset oversupply situation.

The lifting of international sanctions on Iran should reinvigorate the offshore support vessel market in the Middle East. However, increasing export volumes would have a dampening effect on oil prices. The increased oil production from Iran will not be immediate as sanctions will not be lifted until the International Atomic Energy Agency (IAEA) reports Iran’s compliance with cuts to its nuclear-related commitments. We will also have to see an extensive amount of development/maintenance to make the extra production effective. Experts estimate implementation of the deal to take four to 12 months from a start at the end of Q3 this year, realistically making the earliest lifting of sanctions to Q1 2016.

At the end of the last quarter my take on the Brent oil price estimate for balance of 2015 and 2016 was $60+ pert barrel and $70 respectively. Since the recent re-correction, I don’t have the same level of confidence. A recent survey conducted by Carnegie Energy found that half of investors believed the oil price in one year would be between $60 and $70, with the rest divided equally on slightly higher and lower levels.

Industry players are preparing to tide over this storm by implementing drastic measures, such as severe cost cutting and layoffs, to prepare their organisations for a different and more challenging business climate, with a shift in the way the industry is priced when we come through the downturn. Cost cutting measures unfortunately have resulted in huge job losses as several oil majors and contractors — including Shell, Chevron, Technip and Saipem — have started laying off their people in the thousands.

For survival, it is crucial that new and niche market opportunities are recognised in this challenging period, in order for contractors to remain sustainable. In most of the offshore sectors, the focus has moved from deepwater to shallow water projects, focusing on short term production. Deepwater projects are nevertheless still ongoing, where selected deepwater fields continue to be developed. Deepwater has a solid future, and in the long term is far more economic and sustainable than shale. The subsea projects remaining in favour are subsea tiebacks to existing production hubs, due to the lower capex needed.

Another market to be on the lookout for is the offshore accommodation market, as the demand for accommodation units will likely average almost 42,000 personnel onboard per year over the 2015 to 2020 period, despite declining capex across the offshore industry. 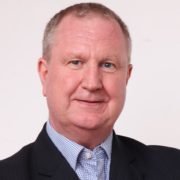 Captain Mike Meade is the founder and CEO of the M3 Marine Group – one of Asia’s largest independent Offshore Shipbroking & Marine Consultancy groups. Previously, Mike spent 9 years with Seacor Holdings Inc in senior roles in the Middle East, the US, the UK and Asia preceded by 15 years with the Swire Group where he held various senior management positions after command experience, with Swire Pacific Offshore.