Dr Lynn Simpson recounts how crew are affected by the livestock trades.

I’m often asked, “What is the most shocking thing you saw in live export?”

Everyone expects a story of an innocent animal dying horribly. I surprise them.

What shocked me most was the disregard for humanity and the poor conditions that many seafarers are forced to endure. Not just on live animal export ships, but also on many I witnessed in ports we worked in.

Some companies seem to see seafarers as expendable, as confirmed by so many pirate hostages with no ransoms paid, so many ships abandoned with crews onboard and the owners unable to be found due to the multitude of ‘shell’ companies that muddy the truth of accountability and duty of care. 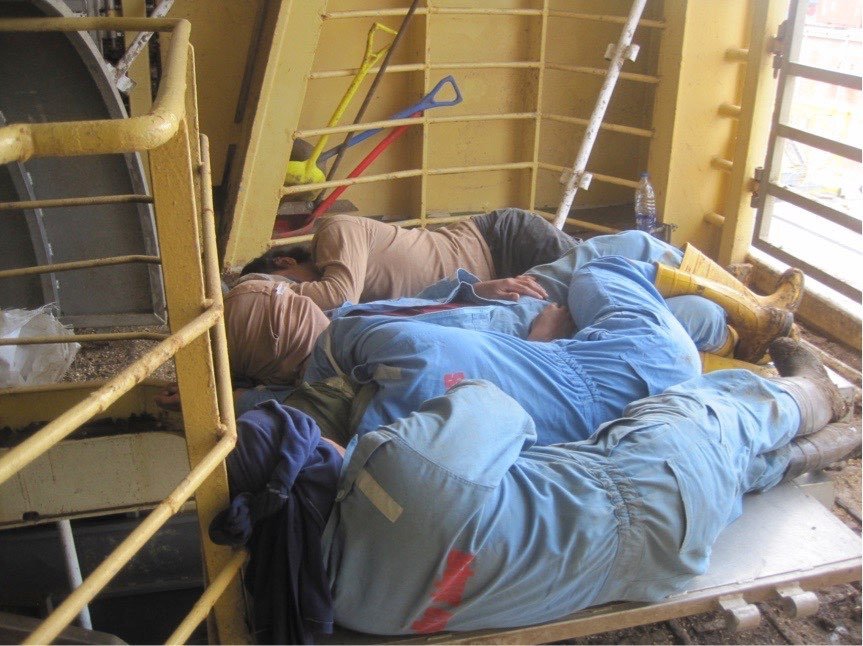 As a live animal export vet, I am the most medically trained person onboard and without word, default to become the ship’s doctor.

Over my years at sea I’ve been tasked to do many medical procedures on our crew. I sewed people up, replaced dislocated shoulders, reattached a nearly ripped off thumb.

I likely saved an officer from losing his leg to gangrene from a nasty injury that required daily treatment and minor surgery whilst we were in the middle of the Indian Ocean. He did question me with a raised eyebrow, when I was sewing his wound closed and he read that the medication I was using was for animal use only. I still have the thank- you card from him.

My bedside manner was more suited to bulls, but the third officer chuckled when I finished the last stitch and turned his curved wound into a smiley face by adding a large circle and two eyes with a black permanent marker.

I modified his medications and he responded well. This was a relief to the captain who had already begun to change course towards Diego Garcia, the nearest surgical facility. A speck of hope in the middle of nowhere. We bypassed Diego Garcia and continued to the Middle East.

I would lance infected wounds. They usually developed from the return empty voyage when the crew spent all their time cleaning shit off of the ships with high pressure hoses and by hand. Sometimes only having filthy water to bath in after work.

In the hot areas I would put heat stressed collapsed crewmembers on IV fluids to rehydrate them. Interestingly that was only ever possible as I brought my own catheters. For some reason our ships never carried them.

Calming potential heart attack patients was always a worry off shore. Thankfully I never lost one, but work place risks went further than livestock incidents. Some practices onboard blew my mind. How could they be considered acceptable?

These scenarios weren’t exactly part of my veterinary training, but at least these patients didn’t kick or bite me, and could tell me where it hurt.

Doctors have got it easy!

I saw gaps in first aid knowledge and lack of confidence in crew to implement any, so I tried to teach anyone interested. I would let them help with cattle surgeries or sit around the mess after dinner and teach crewmembers how to suture wounds, using cut oranges as patients. The classes grew, and were very funny!

I had to do some patch ups on myself. One day I slipped with my bloody knife and stabbed it into my own leg to the hilt. I swore, blood poured down my leg, the stocky I was working with (an ex slaughter man) chuckled. He then helped me finish cutting up the dead animal for disposal into the sea and I went back to my cabin and sewed up the wound. It was funny in retrospect, but not as funny as when I slipped with my knife another time and flip-topped the top of my thumb off. There was no fine gauge suture material onboard, so, being a chick I had to sew my own thumb back on using the sterile string from a tampon. Girl power! 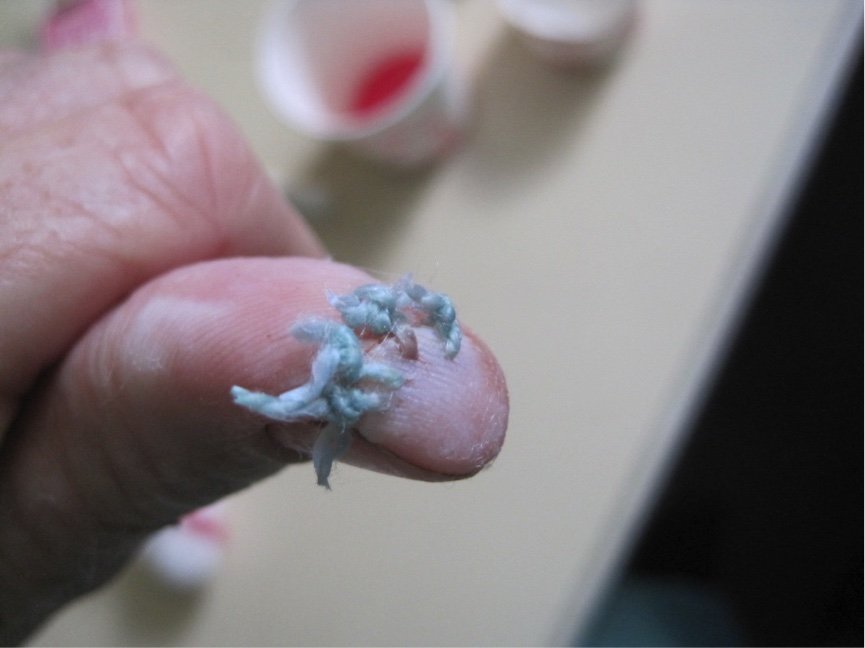 During and after discharging our cargo, fatigue is rife. Hours are unpredictable so are the trucks we wait for. Lots of ‘hurry up and wait’ goes on. You catch a nap when and where you can.

Having signed off my ship once in Saudi Arabia, my stockman and I were slumped, exhausted in the airport waiting for our plane home.

An emaciated Filipino walked past us. He looked and sounded terrible.

My stockman said, “What’s wrong with him, Doc?” I said, I don’t know but if he were a sheep I would kill him and put him out of his misery.

I wasn’t to know that an hour later he would die in my arms on the plane.

I was heading for my seat when I found him in the plane’s galley, blood coming from his nose and mouth. I stopped and asked if I could help him. Everyone else walked past. He vaguely acknowledged my presence, turned, vomited a litre of pure blood and began to fall, clutching at me as I caught him.

I looked into his dead eyes as I lowered him to the floor and began CPR.

It was no use. I’d seen too many dead eyes and his were no different except they belonged to a family man, not a sheep.

A few people came to help me. He was declared dead. We were offered an upgrade. The paramedics that arrived bagged and tagged him.

I went through his pockets for the airline crew to find some ID.

I found his passport, a small statue of Christ, a vial of insulin, a wad of US dollars and his seafarer’s book. He had just signed off a ship.

He should have been in a hospital, not a departure lounge. He died so close to returning home.

Some nights in my dreams, he still clutches at me.

Med Hubs: Marseille in the spotlight

Med Hubs: Marseille in the spotlight