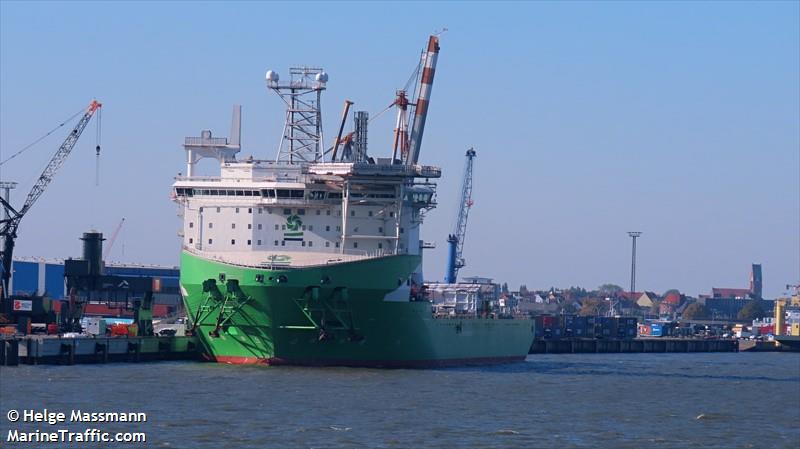 while undergoing load tests at the Liebherr construction yard in Rostock, Germany.

The ship, being built by Cosco (Qidong) Offshore, was due to be delivered later this month to DEME Offshore and head to Scotland to start installing jacket foundations at the Moray East offshore wind farm.

The crane collapsed while carrying out a test load of 5,500 tons. The crane hook broke during the heavy load test and the upper half of the crane tipped over hitting the ship and the quay wall.

“The crane has suffered significant damage, while damage to the crane and the vessel will be investigated in the upcoming days and weeks,” DEME said in a statement over the weekend.