A boxship operated by Japan’s Kawasaki Kisen Kaisha (K Line) hit severe weather yesterday morning in the Atlantic resulting in a number of container stacks at the aft of the ship collapsing. 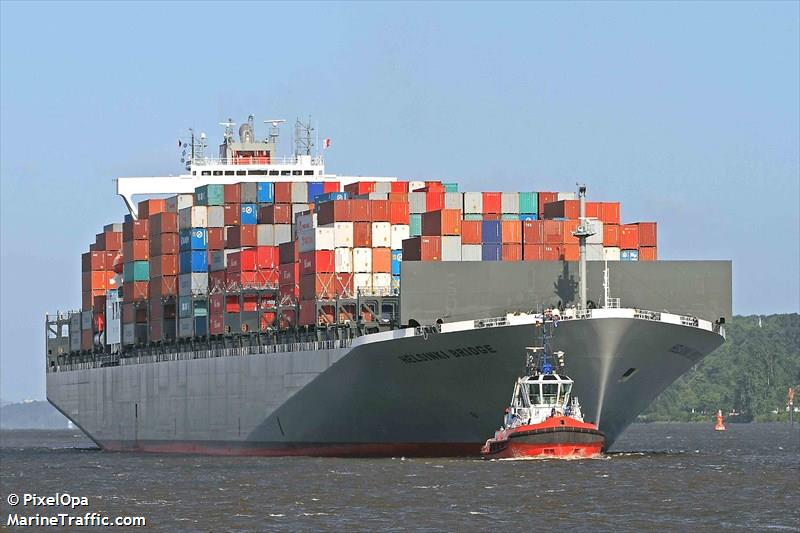 was en route from Boston to Wilmington when it ran into trouble. The ship has now docked at Wilmington and authorities are investigating whether any boxes fell overboard in the accident. Damaged containers are being offloaded at Wilmington.

The same ship was involved in a higher profile accident in December 2017 when its mooring lines broke at the port of Boston resulting in sizeable damage to the quayside at the Black Falcon terminal.

The HELSINKI BRIDGE transiting the Cape Fear River to call at Port of Wilmington this morning. I passed on this P&I job and referred it to a colleague. #chazsworld pic.twitter.com/4Eqo5Dn5xR