Şadan Kaptanoğlu stars on the cover of the latest issue of Maritime CEO magazine, launched today just in time for next week’s big Nor-Shipping event in Oslo.

The magazine has a strong Nor-Shipping flavour to it with plenty of Norwegian owner interviews and Oslo finance under the microscope. However, it is Kaptanoğlu who takes centre stage in one of her first interviews since taking on one of the most high profile positions in world shipping.

After 114 years BIMCO, the world’s largest international shipping association, finally has a woman in charge, and, in Kaptanoğlu, the organisation has someone who will champion the industry in her own unique way.

“It will be a close collaboration, and it’s great to have a women after me. If it had been just me, just one woman, well that would have looked like a show. We have to bring as many women as possible to board level in shipping,” says Kaptanoğlu of her successor.

On shipping’s gender imbalance, Kaptanoğlu tells Maritime CEO that unless the problem is fixed fast shipping will struggle to attract the best of the next generation’s workforce.

“Mentoring, emotional leadership, balancing things out, these are the qualities of women,” she says. “We’re the best for reaching out for youth, so we need more women at board level. We all know women are capable, it is now time for the world’s shipowners to be brave.”

Kaptanoğlu’s two-year tenure at BIMCO will have a strong environmental focus. The Turkish shipowner takes the reins from Greek owner Anastasios Papagiannopoulos and will be leading the organisation through the sulphur cap and towards 2030 decarbonisation targets set out by the International Maritime Organization (IMO).

Typically when someone is elected to the BIMCO presidency, Kaptanoğlu relates, they’ll champion one or two major causes. For Kaptanoğlu, the environment will be front and centre of her time at the shipping body.

“We will be under a storm of regulations about the environment. It is also my passion,” she says.

Ballast water regulation will, in hindsight, look easy with other rules coming in, Kaptanoğlu says. The sulphur cap will take 18 months or so to iron out from implementation, Kaptanoğlu predicts, whereas the whole decarbonisation debate is a “far, far bigger” issue.

The BIMCO perspective when it comes to the contentious, topical issue of cutting greenhouse gases from ships, according to its new president, is all about maintaining level playing fields and creating an environment for innovative solutions.

“We’re sitting targets unless we make and reach our own targets,” the BIMCO boss warns, elaborating: “One thing that’s very important is we have to speak our minds, but need to find solutions together before others regulate for us.”

The trick will be in harnessing cross-sector collaboration, Kaptanoğlu believes, admitting: “It will be one hell of a road coming up.”

As for her own company, which has been through some financially rough times this decade, the aim now is both diversification and stability. Tankers and shipyards are the bulwark of the business these days, away from the company’s bulker roots. The group now has three yards in Turkey involved in maintenance, repair and building. Kaptanoğlu says her family-run company, whose roots date back to the start of the 20th century, will eventually come back to its bulker heritage, but it might take time.

The packed issue of Maritime CEO magazine contains the views of more than 20 other shipowners, as well as regular commentaries on the markets and much more besides. The magazine will be distributed across Oslo during Nor-Shipping next week. Splash readers can read the whole magazine online for free by clicking here. 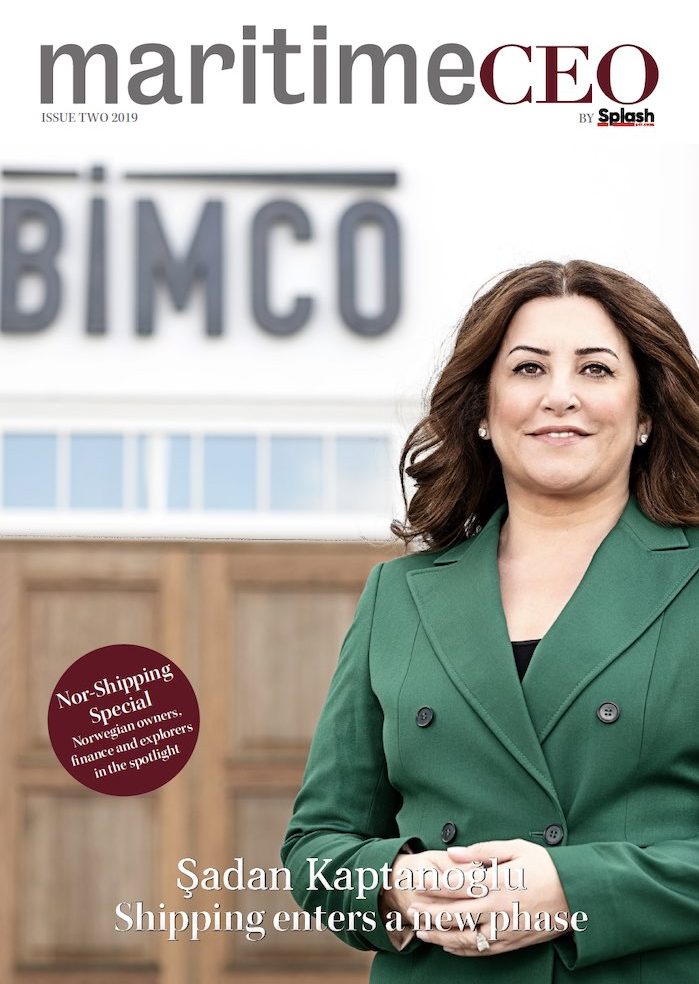