A 16-piece meal from fast food outlet KFC now costs more than a barrel of oil after a day of carnage for the oil markets, which saw a crash in crude prices of more than 30% as Russia and Saudi Arabia entered a price war, opening the taps at a time where demand has slumped thanks to coronavirus.

Brent futures suffered the second-largest decline on record in the opening seconds of trading in Asia, behind only the plunge during the Gulf War in 1991. As the global oil benchmark plummeted to as low as $31.02 a barrel, Goldman Sachs warned prices could drop to near $20 a barrel. Shipping can expect bunker prices to drop dramatically.

“For owners in longer term contracts or with committed voyages, this presents a fantastic opportunity to lock in forward bunker volume for the next few months before we see a rebound,” Ishaan Hemnani, the founder of the online bunkering platform, told Splash today.

“This is the first time I can recall that there has been a significant oversupply crunch and demand shock at the same time,” Ed Morse, head of commodities research at Citigroup, told Bloomberg. “The combination is really unusual and makes it more difficult to see how you work your way out of it.”

Listed tanker companies reacted positively to the news with China’s top two tanker conglomerates jumping in price by around 10% today while Nordic American Tankers suggested in a short release: “It is an undisputable fact that a low/decreasing oil price is good for the tanker market and our ships. More transportation work will be required.”

LNG prices have also been hard hit with analysts at Braemar ACM noting: “Seasonality has always caused a drop in shipping rates, but this year, it is alongside the Coronavirus outbreak which has had a significant impact on demand in Asia – driving gas prices to their lowest ever. JKM is at $3,38/MMBtu, half the price as this time last year.” 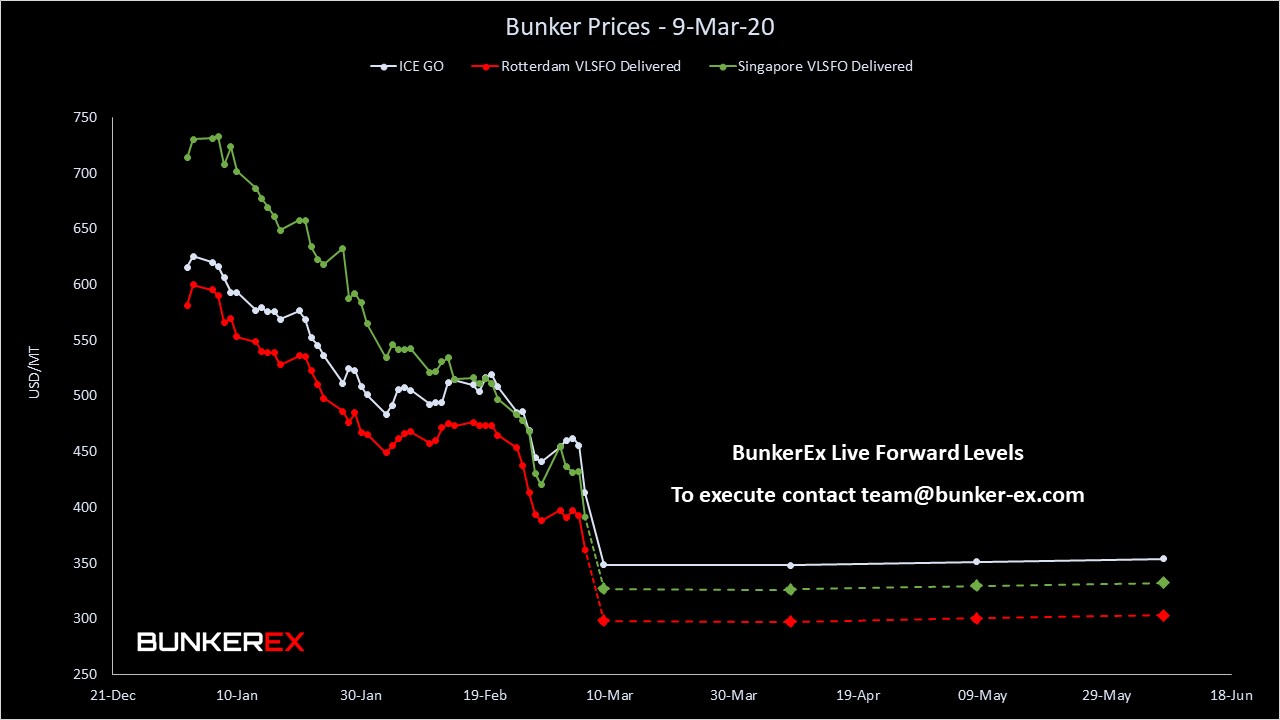