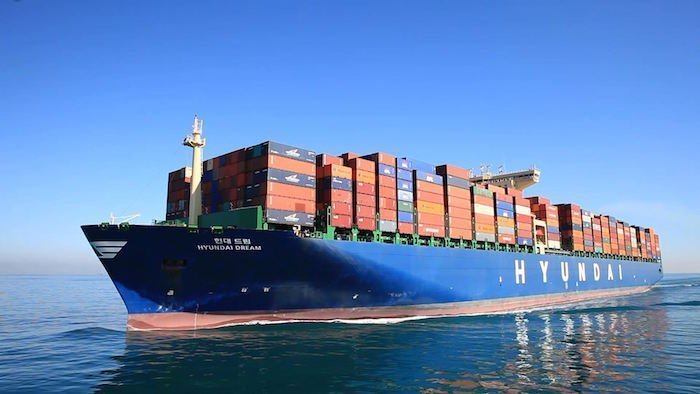 With interim results in for the leading containerlines around the world, one company sticks out for its failure to make the most of the improved fortunes seen in freight rates this year. All of the main carriers, with the notable exception of South Korea’s Hyundai Merchant Marine (HMM), posted rate gains of between 4% and 22% in the second quarter, according to analysis carried out by container consultants Alphaliner. The average China Containerised Freight Index (CCFI) recorded a 28% increase in the second quarter, compared to the same period last year.

“Hyundai Merchant Marine’s average revenue was 6% lower than the same quarter last year, as the carrier’s failure to secure higher rates contributed to its poor performance – despite a 46% increase in total liftings,” Alphaliner noted in its most recent weekly report. HMM’s revenue per teu stood at $973 in Q2, down from $1,037 a year prior.

HMM was one of just two carriers still reporting losses at operating level in the second quarter. Japan’s Mitsui OSK Lines (MOL) was the other.

The Korean carrier’s awkward position as a junior partner in the Maersk/MSC 2M alliance has been highlighted by Alphaliner in the past as tricky for it to be on a par financially with its peers.

By contrast, Alphaliner highlighted France’s CMA CGM was the top performing carrier in the first half of 2017, with operating profits (core EBIT) reaching $724m with an operating margin of 7.1%.

“The impressive performance was achieved on the back of a 34% increase in liftings and a 9% improvement in average revenue,” Alphaliner noted.