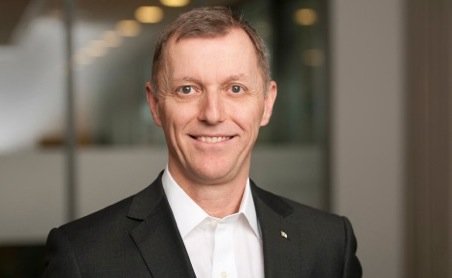 Oslo: Rates for car carriers are looking stable this year and are likely to remain firm in the near future, says Ingar Skiaker, ceo of Norway’s Höegh Autoliners.
“The long-term prospects of the pure car/truck carrier (PCTC) industry look promising with continued demand for ocean transportation due to strong globalisation of the auto industry,” he says.
Today Höegh Autoliners’ customers have a truly global production and sales operation and can quickly change production sites between countries as macro-economic drivers change.
“This requires us as PCTC operators,” says Skiaker, “to be quick to adjust our network and find new solutions that are cost-efficient both for us and our customers.”
Höegh Autoliners currently operates roughly 60 vessels, a mix between owned vessels and long-term charters. Just recently, it took delivery of a new panamax vessel with a carrying capacity of 6,500 car equivalent units (ceu). Another panamax vessel will be delivered later this year. These vessels will be on long-term bareboat charter to Höegh Autoliners from their owner Ocean Yield. In addition, Höegh Autoliners has placed an order with Xiamen Shipbuilding in China for six post-panamax vessels which will be the world’s largest PCTCs when they deliver in 2015 and 2016 with a carrying capacity of 8,500 cars.
Casting an eye over the global orderbook for his sector, Skiaker is not too concerned. “The orderbook for the global PCTC fleet is moderate and well linked to estimated current and future demand in the market so we believe the supply/demand situation will remain balanced over the next years,” he says.
Earlier this year, Höegh Autoliners launched an app giving users quick access to its network, sailing schedules and contact details to local offices. The app also has a separate section especially developed for truck drivers, to make the delivery of cargo at its terminals more efficient.
Customers also have access to simple track and trace through the app, something many have requested for a long time, says Skiaker. The app is a “pre-taste”, the ceo says, to a new website that will launch this summer. [13/05/14]