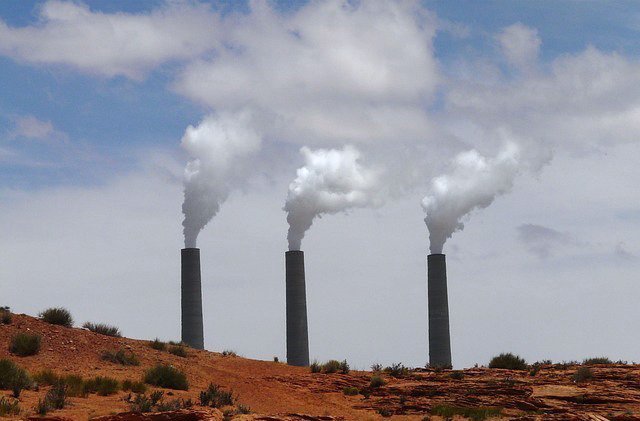 March 31 quietly came and went as a UN deadline for the world’s largest economies to file their plans for carbon emission reductions in advance of climate change talks scheduled for later this year. China, Japan, Canada and Australia all missed the deadline, whereas the US, Russia, the EU, Norway, Switzerland and Mexico all met the requirement on time.

It is not clear from all of these statements what concerted actions will occur to meet these targets. But, unless carbon capture technology advances rapidly and is implemented internationally, there will have to be a reduction in hydrocarbon use. That will have a direct effect on shipping demand as well as on the supply side, as Alistair Fischbacher pointed out here recently.

For its submission, China should be able to build on its bilateral agreement with the US to reduce greenhouse gas emissions by 26 to 28% by 2025. It has elsewhere committed to a 2030 peak in greenhouse gas emissions and to generate 25% of its energy from renewable sources by the same date. China is already rolling back earlier targets for coal fired power generation, but will struggle to install enough hydroelectric power to replace coal, given its problems with water scarcity already. Its shrinking coal imports are merely a return to the situation pre-2000 when it barely imported any thermal coal but was a significant exporter to nearby countries. But the tonne mile effect is apparent in weak bulk carrier freight markets.

Across the Pacific, California’s four-year drought is going to get worse after zero snowmelt from the mountains this year, which usually provides up to a quarter of the state’s annual water use. As the state government brings strict water management rules into force, hydroelectric generating capacity will struggle, perhaps increasing demand for gas fired generation. The US has already reduced coal burn for electricity generation, switching to cheaper and cleaner natural gas. Its miners have resorted to exporting their cheap coal to the EU and Turkey in the last few years, one side effect being the closure of the last UK coal mines. But that extra shipping demand may not last. Coal is currently in oversupply worldwide, which has led already to falling prices, but demand for coal might be regulated away in time.

The EU has said it will cut carbon emissions by 40% from their 1990 levels by 2030 and part of that is a big shift away from coal and oil following ever more stringent fuel economy regulations. EU oil demand has been falling for several years not because of recession but because car engines are becoming ever more efficient in response to changes in taxation. Global oil demand is running at a record 94m bpd and more at the moment, partly on the back of lower prices. But international standards for road vehicle fuel economy and the rise of natural gas, hydrogen and hybrid vehicles will in time reduce the amount of diesel and gasoline consumed globally, which will have a long-term effect on both crude oil tanker and product tanker trades.

The presumed beneficiary of a future reduction in coal and oil consumption is natural gas. It’s a bit easier to forecast increasing LNG shipping demand as one can keep track of long-term deals between suppliers and buyers, though delays in production can cause short-term disruption to market trends. That’s why, despite presumed increased demand for LNG shipping, charter rates are currently at unprofitably low levels. Doubtless LNG shipping volumes will increase as they have for decades now. But even natural gas is only a waypoint to the final destination of a hydrocarbon-free economy.

It is very early days but, as energy production becomes more regulated, we will have to take increasing account of the possible effects on our industry, not only in terms of fuel regulations and engine technology, but also in the structure of international trade in energy commodities.