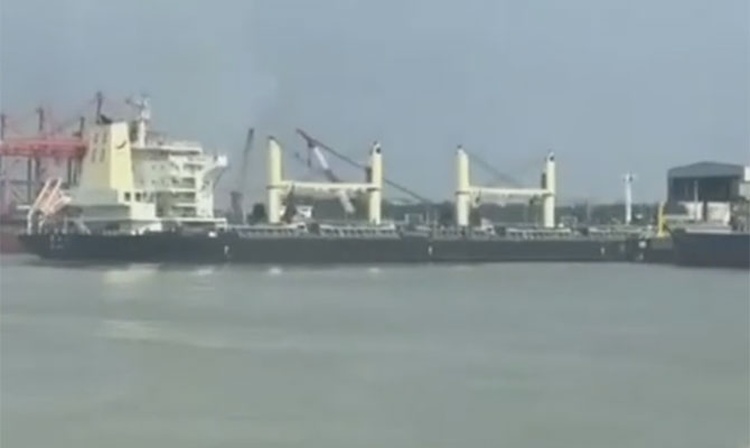 The 2012-built handy bulker Hua Jiang 17 rammed into a grain terminal at Taizhou Port on Friday after a main engine failure.

According to local reports, the ship lost control on its main engine when it was sailing into the port, and hit the terminal after the crew failed to stabilize the vessel by dropping anchor. One terminal facility collapsed after the collision and the ship also suffered damage.

The local maritime safety authorty sent three tugboats and towed the vessel out of the accident site. No injuries were reported in the incident. Currently, the investigations into the cause of the incident is still ongoing.

The 47,500 dwt ship is operated by Jiangsu Huajiang Shipping, which mainly transports coal and iron ore among domestic ports.