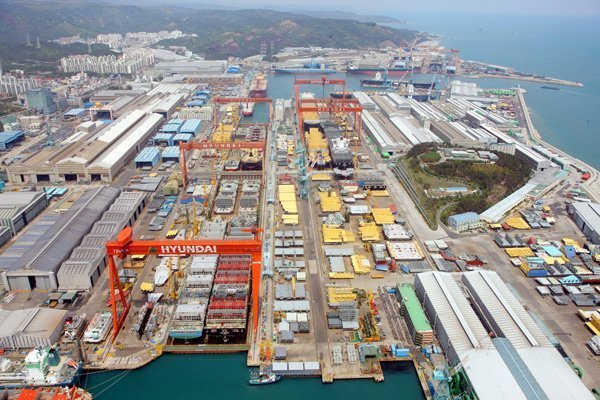 Hyundai Heavy Industries (HHI), the world’s largest shipbuilder, is seeking to get 30% of its 17,000-strong workforce to agree to take unpaid leave from next month as it struggles with a dwindling orderbook that has already forced it to shutter a number of drydocks.

HHI senior management is in discussions with labour unions to try and push through the measure. The relationship between HHI’s top management and the labour unions has soured dramatically in the past 12 months as the shipbuilder has set about a drastic restructuring which has seen it shut docks at its Ulsan headquarters as well as shuttering an entire yard at Gunsan. A number of strikes have been organised in the past year in protest at the downsizing, and HHI officials are braced for more militant action this autumn. Unions earlier this year refused to accept a 20% pay cut.

As of June, HHI’s backlog of orders stood at only 85, down from 110 the previous year. In the first six months of this year, the shipbuilder secured orders for only 17 ships. It hasn’t won a single order for offshore plants since in nearly three years.

HHI lost out to Chinese rivals this month on a huge order from CMA CGM for nine 22,000 teu ships, the largest containerships ever built. HHI is understood to have pitched the French line at $175m per ship, but was severely undercut by Hudong-Zhonghua and Shanghai Waigaoqiao Shipbuilding who came in with a deal, pricing the record-breaking ships at just $160m each.