A staggering one third of HMM’s fleet is currently inactive as the number of out of work boxships around the world hits records levels.

The inactive global containership fleet has reached an all-time high of 2.72m teu at the end of May, equivalent to 11.6% of the overall fleet capacity, according to the latest data from Alphaliner.

HMM stands out as the carrier to have idled the highest percentage of its tonnage during the Great Lockdown with 32.9% of its fleet listed as inactive by Alphaliner.

Roughly a quarter of HMM’s inactive fleet is thanks to ongoing scrubber retrofits while another quarter is largely down to the switch in alliances from 2M to THE Alliance (see chart below). HMM is in the midst of taking on a series of record-breaking ships that are nearly 24,000 teu in terms of capacity.

By contrast, Taiwan’s Wan Hai – predominantly an intra-Asia specialist – has managed to get away with idling just 1.8% of its fleet as of the end of May and France’s CMA CGM, which has soaked up capacity by sending ships around the Cape of Good Hope, had just 2.3% of its huge fleet listed as inactive by the end of last month.

Alphaliner expects the global inactive fleet to peak shortly, as lockdowns across many countries are eased and a recovery in demand gets underway.

“There are encouraging signs that carriers have overestimated the level of demand contraction in May, and capacity shortages on certain routes have already started to push spot freight rates up,” Alphaliner noted in its most recent weekly report. 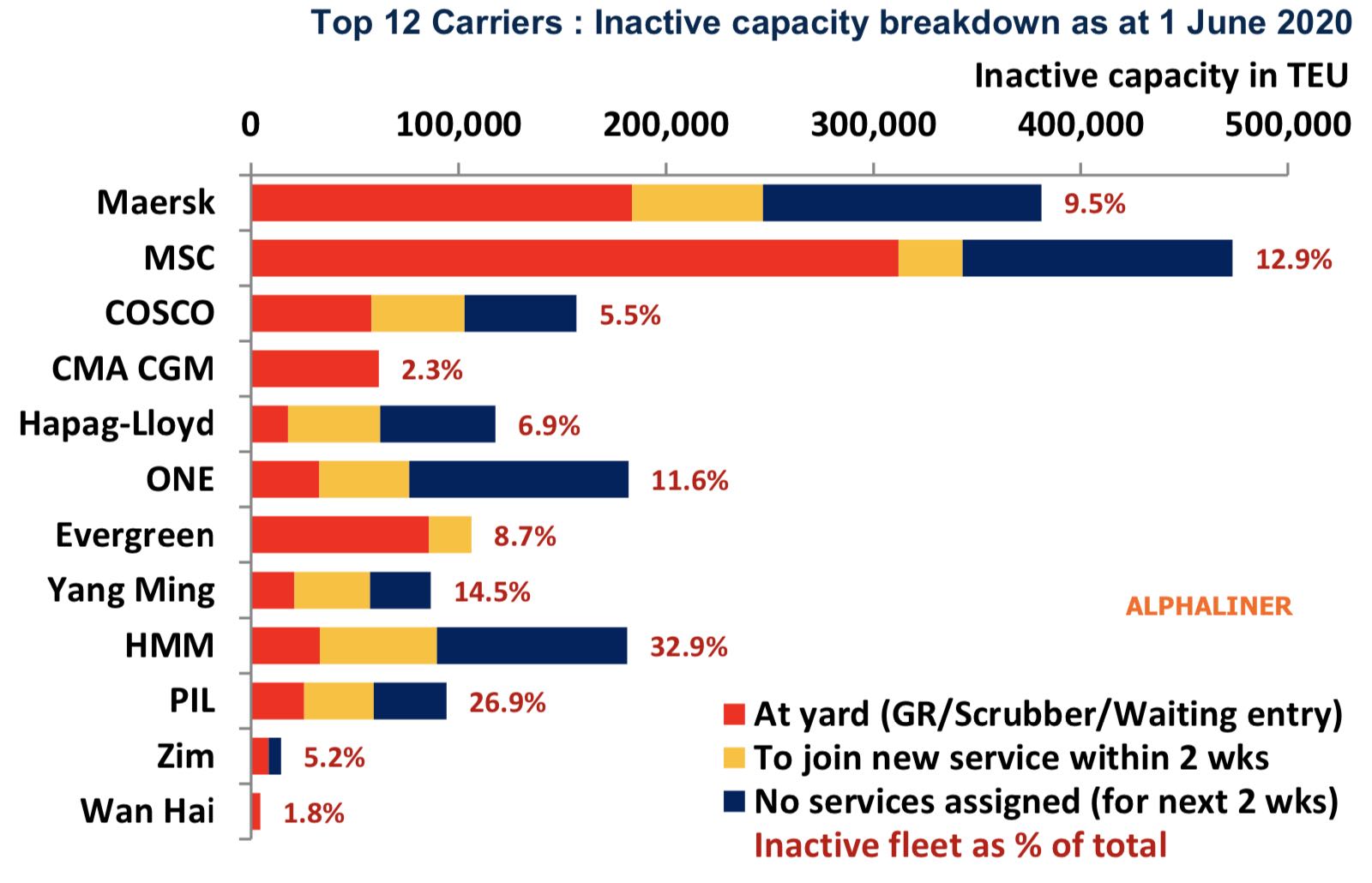