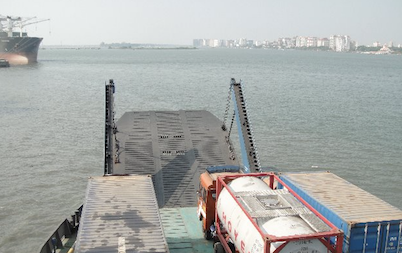 Mumbai: Keen on promoting water transport to propel economic growth, the Indian government has set an ambitious target of converting more than a hundred rivers across the nation into waterways.

“Promoting waterways is the top-most priority of my ministry,” said Shipping and Road Transport Minister Nitin Gadkari. “We have identified 101 rivers across the nation to be turned into waterways, which constitute a much cheaper mode of transport than roads and rail.”

A bill to this effect will have to be moved through Parliament before any river can be converted into a waterway. Inland waterways comprise rivers, lakes, canals, creeks and backwaters, and extend to about 14,500 km in the country.