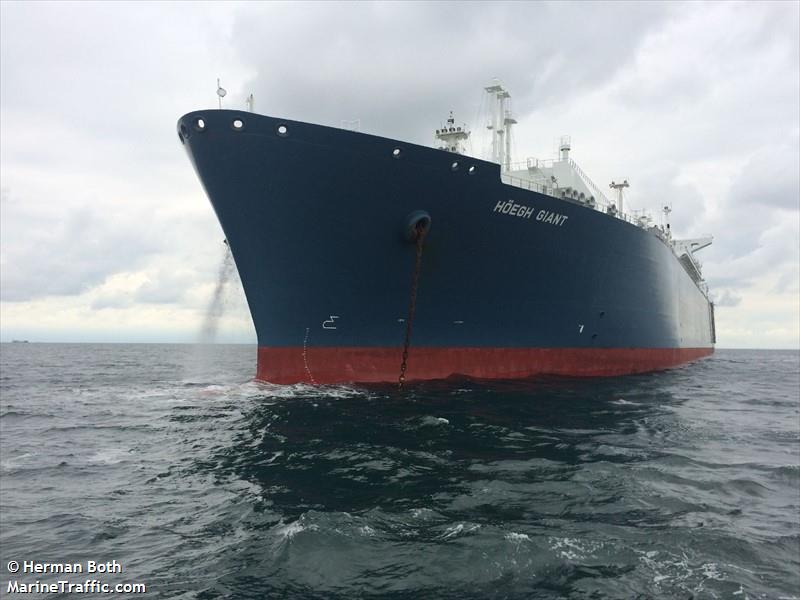 , which sailed from Keppel Shipyard in Singapore, berthed at India’s west coast yesterday as the giant Asian nation gears up for vast increases in the use of LNG in its future energy mix.

The 2017-built Höegh Giant has storage capacity of 170,000 cu m and installed regasification capacity of 750m cu ft per day, equivalent to about 6m tons per year. H-Energy has chartered the FSRU for a 10-year period.

The facility will also deliver LNG through truck loading facilities for onshore distribution, the facility is also capable to reload LNG onto small-scale LNG vessels for bunkering services.

H-Energy also intends to develop a small-scale LNG market in the region, using the FSRU for storage and reloading LNG onto smaller vessels.

Darshan Hiranandani, CEO of H-Energy, said the arrival of the FSRU marked a new chapter in India’s mission for accelerated growth of LNG infrastructure.

“FSRU-based LNG terminals aim at providing the ability to enhance the pace of natural gas import capability in an environment friendly and efficient manner,” Hiranandani said.

The Indian government has laid out plans to increase the share of natural gas in India’s energy mix from the present 6% to 15% by 2030, something not lost on a host of other well known shipping names.

Fast-growing Seven Islands Shipping (SISL) is looking to diversify from its tanker origins into gas carriers as well as boxships. The Indian line, controlled by Prem Watsa, has 20 crude and product tankers currently in its fleet.

Watsa is not the only tycoon looking at India’s growing gas needs. State-run Shipping Corporation of India (SCI) is due to be privatised later this year. One of the bids lodged comes from Exmar, GMS and Foresight. Foresight executives discussed with local newspaper Business Standard last month their plans to make SCI into an energy-focused shipowner, with big investments in LNG carriers.

“We want to transition SCI from a conventional shipping company to specifically energy tonnage. India energy demand is expected to grow double-digit,” a Foresight executive said.