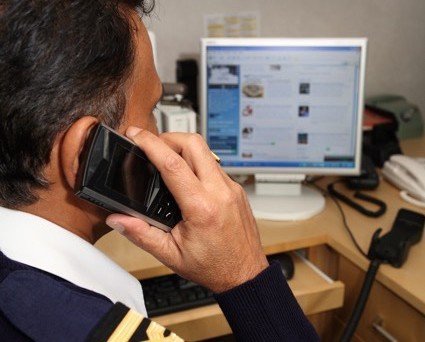 Unsurprisingly owners and managers have different needs from maritime communication suppliers than seafarers.

Maritime communications spent a long time being of little interest to most people. Beyond safety requirements, it took the dotcom boom to generate a significant uptick in activity, as software entrepreneurs discovered this ‘untapped’ market.

That ended with the dotcoms going belly up, but the Rubicon had been crossed. There was now a clear realisation that connectivity held the key to better productivity and perhaps even a more efficient supply chain.

Once again, the market was overtaken by events – namely the best earnings many had ever seen – and suddenly no-one cared about saving fuel or improving efficiency, because rates were through the roof.

Another crash followed and suddenly we are back to the future. This time, the recession looks longer, deeper and likely to claim more scalps. The answer? Better connectivity for increased efficiency and improved crew retention.

There is a definite increase in activity and the adoption criteria is expanding. Prices are cheaper, applications are becoming more sophisticated and the number of vessels as good candidates for IT upgrades is increasing. With increased demolition of older ships the newer, better-wired ones are looking for efficiencies.

For this magazine we interviewed 150 top owners and managers for their views on maritime communications – most of the results can be found on the back page. The lead question, however, is carried on this page.

Despite cost conscious times, price/total cost of ownership was not the single most important aspect owners and managers sought when selecting their communications systems onboard. Global coverage stood out as the most vital selling point.

Interestingly, not a single respondent selected either ease of installation or reputation as important criteria.

Rob Grool, a director at Belgium owner Vroon, says, “Communications are a totally fungible commodity like H&M insurance: you go for the most cost-efficient solution for your fleet.”

Some respondents took issue with some of the criteria listed.

Similarly, Josko Jurin, head of operations at John Fredriksen’s Frontline questioned the need for us putting value added services as a criterion.

“Support is what actually creates added value,” he says.

Respondents were split on the importance of access to movies, TV and sport to crew welfare, recruitment and retention.

“We find that most seafarers really want the connection to home and they want news,” says Vroon’s Grool.

A leading Asian tanker player disagreed, however, saying: “This is something that needs to be regulated – you cannot have this tap on all the time as it is distracting and unnecessarily expensive.”

A majority of respondents did however agree that access to social media was important in today’s modern age in terms of crew welfare, recruitment and retention.

“It’s how the world communicates nowadays, so to deny this at sea is to sever ties with loved ones,” an American containerline executive says.

“It is their emotional lifeline to their family,” says a leading European shipmanager.

There were some who dissented from this viewpoint.

Tim Huxley, CEO of Wah Kwong Maritime Transport, reckons that social isolation on vessels could be on the rise as shipowners provide more and more internet access to seafarers. He worries too about the effect of increased access to social media on vessels, which potentially allow seafarers to discover upsetting news from families and friends while at sea while leaving them powerless to take any action.

“It really is a double-edged sword,” says Huxley. “Whilst connectivity and being in touch with loved ones and friends sounds a great thing, if you do have a family problem and you learn about it while you’re at sea there is not a lot you can do about it aside from worry”.

No single question posed in our survey elicited more response yet was so one sided as our wondering if MLC2006 should be updated to include mandatory internet access for all onboard. Fully 91% of the 150 companies surveyed thought this was an unnecessary extra piece of legislation for an industry already mired in reams of red tape.

One Asian tanker owner comments: “I think a strong recommendation is enough at the moment. Still the prices are high and service providers are few, hence probably this can be considered mandatory in the coming years.”

“It is not necessary to amend the regulatory framework,” maintains Gaurav Bansal, CEO of SE Shipping Lines. “It is a part of being competitive to attract the best talent onboard,” he reckons.
Christopher Kirton, managing director at Norstar Ship Management, was one of the few who felt MLC2006 should be updated.

“It would stop the arguments of owners who don’t want to provide,” is his own argument why it is necessary.

We also asked how owners and managers would like to see maritime safety services delivered in the future. More than half replied over the web. Email, podcasts, webinars were some of the alternative suggestions.

Peter Schellenberger, a procurement director at shipmanagement giant V.Ships, suggests via VPN or an app.

One Asian dry bulk owner says that in the future broadband internet will become automatically a necessity onboard. For example, he says, once ECDIS is on all vessels globally, these ships will require large data for corrections and updates. “Other safety data, weather updates, safety training, trouble shooting by video, etc can only be available once unlimited broadband is available onboard,” he points out.

Quite so, agrees Arnold Lipinski, a senior director at German containerline, Hapag Lloyd.

“Safety services like tele medicine, technical support, navigation advice via internet or satellite will be essential in the future,” Lipinski says.

Is shipping ready for apps?

The industry seemed divided on the need to develop applications to improve communication between the engine room, control room, bridge and shore staff, according to our poll. Nevertheless, shipping is entering a future where a bewildering number of applications are on the market or under development. Maritime has been moving from a capacity constrained market to one of rich applications driven by user demand.

Many felt though that these apps are missing the point.

“Internal communication should be verbal or by email. With shore staff we can use existing applications,” says one Japanese bulker player.

Quite right, agreed a spokesperson from a leading Asia-based containerline. “With the current communication technology and maritime safety services available to us, we find it quite sufficient for the needs of our modern fleet today,” says the boxline source.

“What we need to work on is a general willingness to communicate between everyone onboard,” argues Vroon’s Grool, “and get rid of the still existing deck/engine division.”

“We already have the equipment and the software,” he says. “It is important to encourage more communication face to face or on the telephone, not via applications.” 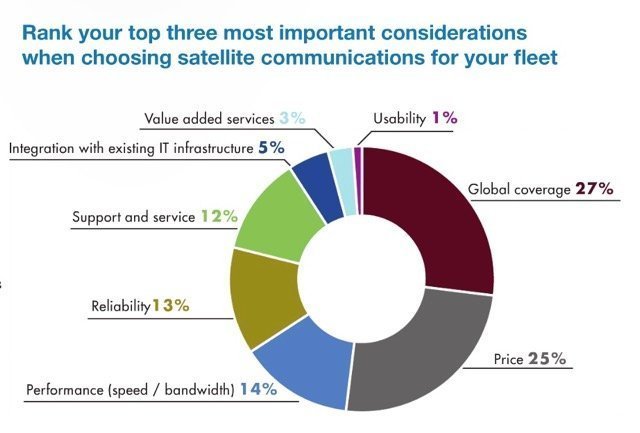