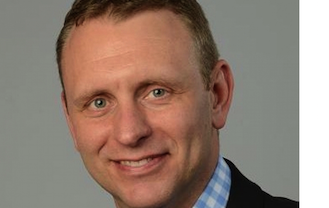 London: All had been going smoothly at the International Bunker Industry Association’s (IBIA) annual get together in Hamburg earlier this month until a mammoth bankruptcy blew up. The very sudden demise of Denmark’s third largest company by revenue, OW Bunker, on November 7 thanks to a $125m fraud at its Singapore subsidiary, Dynamic Oil Trading, has rattled the shipping industry for the past 10 days. For IBIA chairman Jens Maul Jorgensen November has all been about firefighting, trying to quash concerns about global bunker availability in the wake of OW Bunker’s fall.
“IBIA understands that supplies are unaffected and we understand that various administrations are looking at the impact of the collapse of OW Bunker and will in time address these issues with more stringent regulations and enforcement,” Jorgensen tells Maritime CEO.
Last week IBIA announced a series of measures to support companies and individuals impacted by the collapse of OW Bunker. â€¨In Singapore, IBIA will be taking part in dialogue sessions led by the Maritime & Port Authority of Singapore (MPA) to ensure continuing smooth bunker operations. IBIA stands ready to offer this service to other companies potentially impacted in European ports. The association is also offering professional career support services to those individuals who have lost their jobs. â€¨â€¨
All ex-OW Bunker employees impacted by the situation have been offered free IBIA membership.
Jorgensen, whose one-year tenure as IBIA chair has just been extended by a further year, is also the director of bunkers for German dry bulk shipowner, Oldendorff.
At its Hamburg meet up, IBIA launched a port charter in a bid to improve marine fuel quality.
Signatories to the IBIA Port Charter will be required to demonstrate that they have a licensing scheme for bunker suppliers in their port; that they are able to regulate and enforce their regulations covering bunkering operations; that there are sufficient qualified personnel working in the bunker supply chain and that they have effective testing regimes in place.â€¨â€¨
The IBIA Port Charter already has the support of the ports of Rotterdam, Gibraltar and Singapore.â€¨â€¨
“The customer always has a choice as to where to take on bunkers. Ports which offer customers the confidence that bunkers supplied by companies operating within their jurisdiction are of good quality will be the most successful,” says Jorgensen, explaining why he feels other ports will quickly sign up to the new charter. [17/11/14]