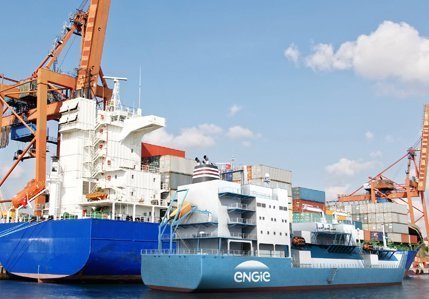 The International Transport Forum (ITF), which is part of the OECD, has questioned the role of LNG as the future fuel for shipping. In a 38-page report issued this week that looks at Japanese LNG bunkering potential, the ITF stated that a broad uptake of LNG as a ship fuel remains an “open-ended question”.

“Due to the high costs of investing in a new fleet, ship owners might prefer to change only the type of fuel or invest in scrubbers to be installed on the ship, i.e. when the construction costs are much more important than the difference in fuel costs,” the report, penned by the ITF’s transport expert Olaf Merk stated.

Uptake will also depend on the presence of an inexpensive and efficient supply system, as well as competitive LNG prices, the ITF suggested.

In the wake of this month’s IMO decision to cut shipping’s CO2 emissions, shipowners may well start to hunt alternative solutions that emit less than LNG, the report predicted, noting that the use of LNG allows for CO2 reductions of ships of about 20%.

“[W]ith the prospect that international or local regulations could become more stringent, it is possible that some industry actors explore alternative other options to reduce CO2 emissions,” the report stated, adding: “Several observers have already warned that massive investment in LNG ships and LNG bunkering facilities might present a risk of creating ‘stranded assets’ in case of a strong push for decarbonisation of maritime transport.

Although there is a gradual increase in the use of LNG, long-term strategies for GHG emission reductions from shipping should bear in mind other possible mitigation scenarios.”

Despite the words of caution, overall the ITF urged Japanese authorities to invest more in developing LNG bunkering solutions amid growing competition in Asia for the new ship fuel.