Major European owner Vroon is in the process of selling off one of its last four dry bulk carriers. Splash understands the 2011-built Scotian Express 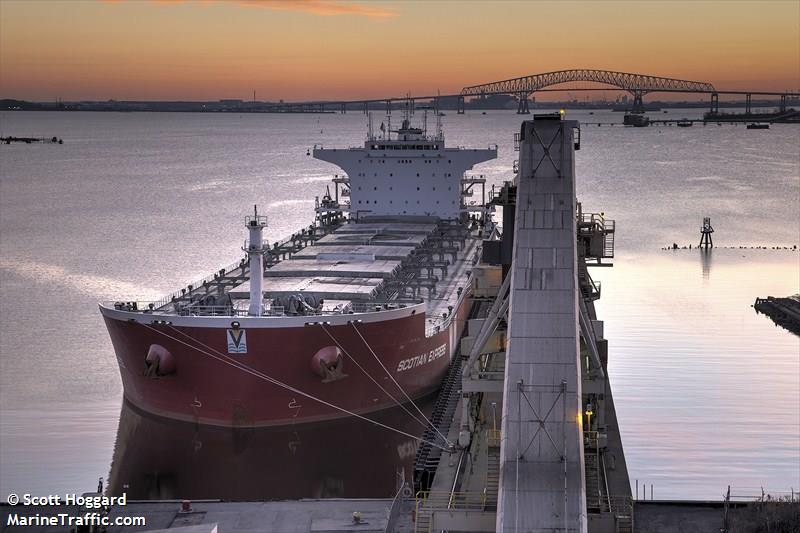 is on subjects to Panama’s Interocean. Brokers indicate the vessel it is likely to fetch a price in the mid-$16ms, a far cry from MSI’s fair market value of $19.6m

The Scotian Express is one of four post-panamaxes in the Vroon stable, one of Europe’s most diverse fleets. In April this year the Dutch owner reached an in principal agreement with its lenders regarding the terms of its financial restructuring.

Interocean has nine bulkers in its fleet including five post-panamaxes. Interocean was founded at the end of 2015 to invest in a diversified portfolio of shipping assets. Its initial target was to form a fleet of modern bulk carriers. A year after its formation Interocean acquired an existing container feeder service and a product tanker operation in South America.