Crew changes and ship deliveries in Japan just got a whole lot more challenging with the government issuing extraordinary travel bans on Friday covering 73 nations, including the Philippines.

Filipinos make up close to three quarters of all crew on the Japanese merchant fleet, the world’s third largest shipowning nation.

The travel ban from the hosts of the next Olympic Games also extends to another big crew source, China, but not India, meaning crew managers could be making urgent calls to Indian seafarer centres this week.

Japan’s Ministry of Land, Infrastructure, Transport and Tourism has stressed the bans extend to seafarers and aircrew.

However, the country’s maritime bureau in Tokyo has stated it may be possible to enter the country by consulting individually with the quarantine authorities and the immigration services.

Ship deliveries will be especially problematic. Japan is the world’s third largest shipbuilder with a sizeable orderbook due to deliver this year.

Prime minister Shinzo Abe intends to declare a state of emergency over the coronavirus outbreak in Japan as a recent surge in infections sweeps Tokyo and other major cities. The declaration is expected on Tuesday, and will take effect Wednesday. 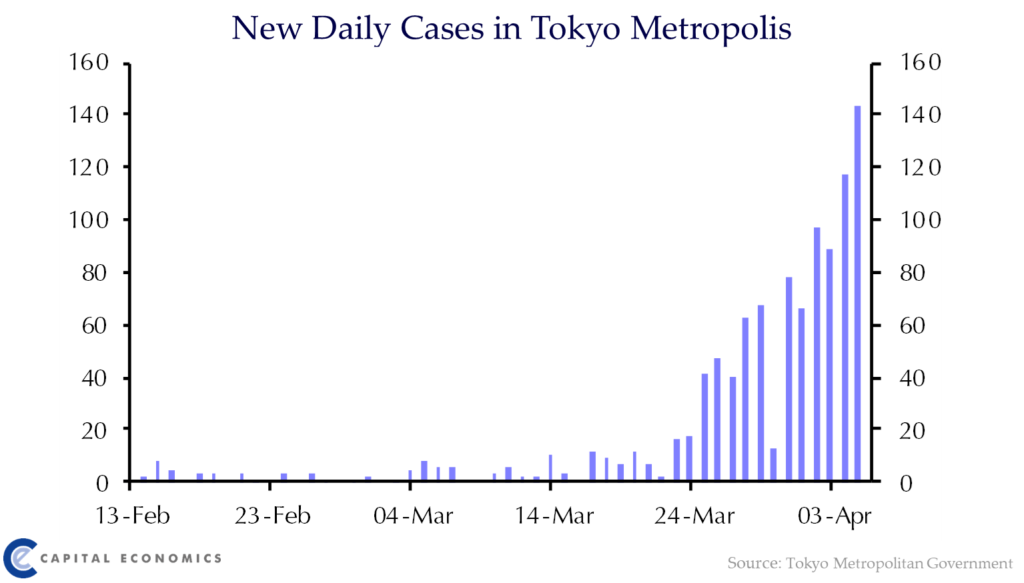