Yet another gantry crane has been pulverised by a poorly berthed mega boxship. The Japanese controlled 13,900 teu Milano Bridge 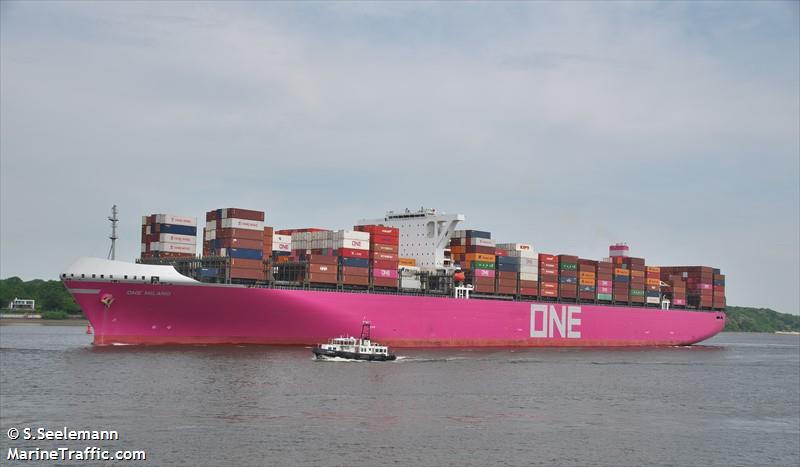 , part of the Ocean Network Express (ONE) fleet, smashed into the quayside at Busan New Port on Monday, bringing down a crane onto the back end of the boxship in the process.

As well as bringing down crane 85, at least two other cranes sustained damage however no injuries were reported.

Over the past few years, terminals at Jebel Ali, Karachi, Santos, Semarang, Antwerp and Haiphong have suffered from vessels pranging into cranes.

According to VesselsValue, Milano Bridge is owned by Doun Kisen and is on charter to ONE.