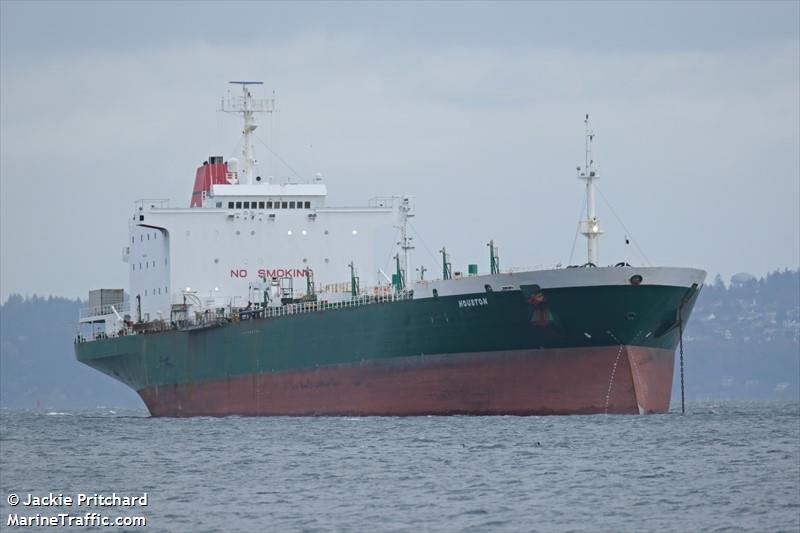 that counted the islands of Hawaii among its ports of call.

According to Grassroot Institute of Hawaii research associate Jonathan Helton, the 37-year-old Houston is now in India to be dismantled for salvage, reducing the number of Jones Act-qualified oceangoing commercial vessels to only 93, down from 257 in 1980.

The Jones Act is a 1920 federal law that requires all cargo transported between US ports be carried on ships that are US flagged and built, and mostly owned and crewed by Americans.

A 2020 study commissioned by the Grassroot Institute of Hawaii found that the law costs Hawaii residents about $1.2bn annually, or about $1,800 per average family.

Last year, there were 17 tanker movements from the US mainland to Hawaii. The Houston completed eight of them, with six other tankers making the remaining nine trips. The Houston also made 17 movements between Honolulu, Barbers Point and other ports in Hawaii.

The Jones Act prevents foreign-flagged vessels from transporting oil from the US mainland to Hawaii, and that, ironically, has made it cheaper for Hawaii’s sole oil refinery, Par Hawaii, to import oil from foreign oil sources.

In 2014, the Hawaii Refinery Task Force concluded that the Jones Act was a major reason Hawaii is almost wholly dependent on foreign oil, since importing oil from the US mainland aboard Jones Act tankers is more expensive.

In March, President Biden banned Russian oil imports to the US. Hawaii had been purchasing between a quarter and a third of its crude from Russia in recent years. The ban likely means Hawaii will need to import more crude from the US mainland.

Keli‘i Akina, Grassroot Institute of Hawaii president and CEO, said, “The loss of the Houston is more proof that the US-build requirement of the Jones Act should be lifted, so companies such as Matson and Pasha and other Jones Act carriers can buy and use less expensive foreign-built ships to serve Hawaii’s needs.”

According to Helton, building a tanker in the US costs roughly three to four times more than building one abroad.