Shipping giant Kawasaki Kisen Kaisha (K Line) has a barrage of news out today including details of Japan’s first climate transition financing as well as teaming with Nokia to help bridge what it describes as shipping’s 10-year gap with shoreside sat comms. 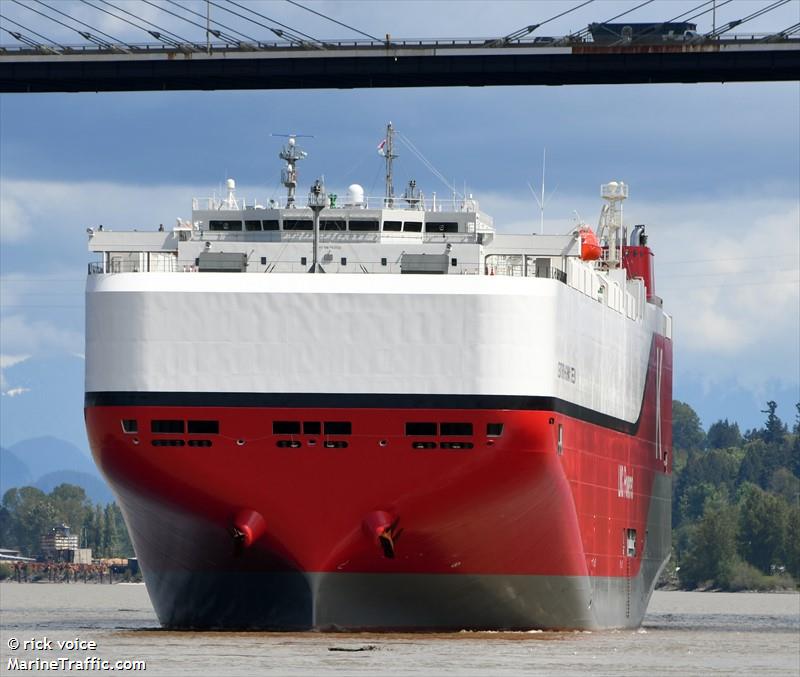 , was delivered today by Imabari Shipbuilding. The ship features a 4G/LTE field area network (FAN) installed by Nokia giving the ship the same internet speeds at berth that people have ashore.

“Satellite communication normally used between ship and shore is said to be 10 years behind of land communication and this is one of the causes of delay for ships digitalization,” K Line stated in one of many releases today linked to the launch of its next generation car carrier.

The new FAN environment delivers high-speed, secure, encrypted wireless communications between ship and shore enabling the application of a range of new efficient digital services such as CCTV and and remote visual inspection of machinery.

Hiroshi Uchida, head of the AI digitalization strategy group at K Line, said: “Working with Nokia, we plan to accelerate the development and utilisation of advanced digital technologies that enable safer, world-class shipping services. With the Nokia 4G/LTE network, we will be able to communicate more effectively during berthing, using the same sophisticated technology as available on land. This creates the capability to deliver improved operational performance, skills transfer and safety management.”

In addition to living quarters, wifi has been installed on the cargo deck and in the engine room and the LNG fuel-related equipment compartment.

The loan was evaluated by the Japan Credit Rating Agency in line with the Climate Transition Finance Handbook published by the International Capital Markets Association (ICMA).

“The concept of Climate Transition Finance is to accelerate the efficient flow of financing to the companies, which address climate change risk as material issues for its core business activities and to do non Business As Usual Efforts in order to achieve its GHG emission reduction target to contribute to the global goals for decarbonization,” K Line explained in a release.

Pressed by their automotive clients, Japan’s big shipping lines tend to emphasise their environmental design breakthroughs on next generation car carrier deliveries and today was no different with K Line issuing not one, but five releases on the launch.