Costamare has announced the sale of the largest container vessel ever scrapped. Brokers Braemar ACM report that the 1997-built 7,403 teu Kokura 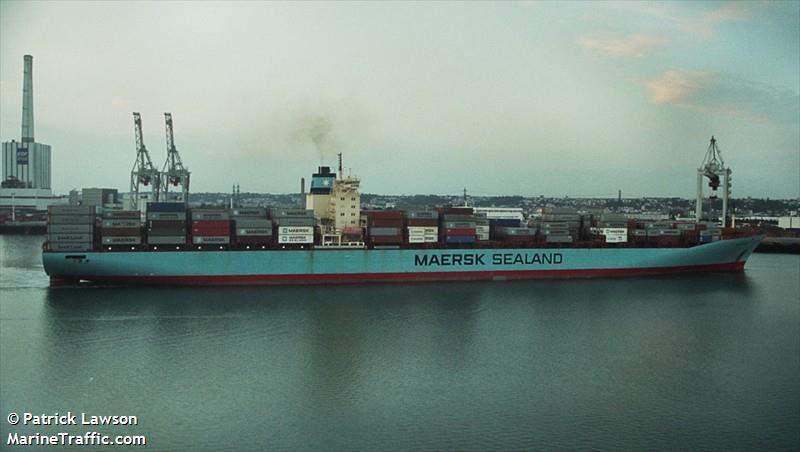 will be recycled in Bangladesh having fetched a price of $323 per ldt.

Alphaliner provides some background to the ship, built at Odense in Denmark, Maersk’s now defunct shipyard. The Kokura was one of a series of six vessels ordered by A.P. Möller-Maersk that were, by far, the world’s largest containerships at the time.

Their capacity during construction was however vastly understated, with Maersk having unveiled an order in the summer of 1993 for six ships of 4,800 teu. A few months later, Maersk declared a capacity of 5,500 teu, matching the largest ships then ordered by competitors.

As it turned out, the Danish carrier was understating the real size of the ships by nearly 2,000 teu leading one reporter around that time to quip: “The only way to guess the size of a Maersk boxship is by counting the boxes on the Christmas cards they send.”

Discussing the imminent demise of this record breaking ship via LinkedIn, Theo Notteboom, a professor in port and maritime economics and management at the University of Antwerp, wrote: “This class of ships generated a shock wave in the port and shipping industry in the mid-1990s as it represented a major upscaling compared to the existing Panamax vessels of that time (typically around 5,000 TEU capacity). I still recall the nervous reactions in many ports such as Antwerp and Hamburg when these vessels were introduced. The rise of these post-Panamax vessels combined with fast growing international trade resulted in an unprecedented tsunami of terminal expansion and development projects and nautical accessibility programs in ports, particularly in Europe and the Far East. The capital requirements linked to these vessels and associated (new) terminal facilities triggered the formation of alliances in container shipping since the mid 1990s and the internationalisation of terminal operating companies (note that Hutchison Ports, PSA and others all went international in the late 1990s). The Kokura and other post-Panamax ships of that era thus helped to transform the entire container port and shipping business.”

Replying to Notteboom’s post, Roar Adland, shipping professor at the Norwegian School of Economics, wrote: “And to think there were already discussions at that time (both in academic research and in the industry) on whether these new 6000 – 7000 TEU megaships were too big.”