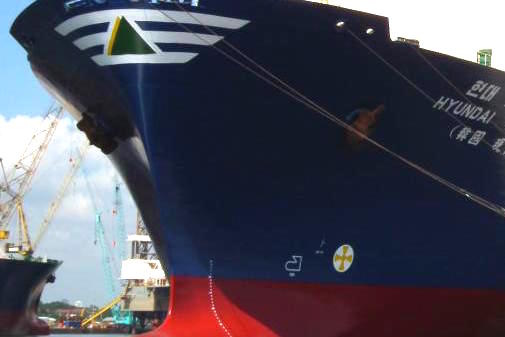 Korea Development Bank (KDB) is taking over troubled local line Hyundai Merchant Marine (HMM). HMM said it decided today to implement a capital reduction without refund for the stakes held by the company’s affiliate major shareholders by 7 to 1.

This is the latest process in HMM’s restructuring plan which started in earnest in February as the line fights $5bn in debts.

After the reduction, the stakes of Hyundai Elevator, Hyundai Global and chairman Hyun in HMM will drop to 3.65%. Following the planned debt-equity swap after the capital reduction, the state-run Korea Development Bank (KDB) is going to be the largest shareholder of HMM. KDB is among the most powerful institutions in shipping these days, being the de facto boss of many leading Korean yards as well as other lines too.

It is expected that the operation of HMM will be stabilized under the systematic management and support by KDB should it become the largest shareholder of the company,” HMM said in a release. The line is still confident it can join THE Alliance, the newest container grouping, announced last month.

HMM plans to hold an extraordinary general meeting on July 15 to determine the agenda of its reduction of capital concerning affiliates.