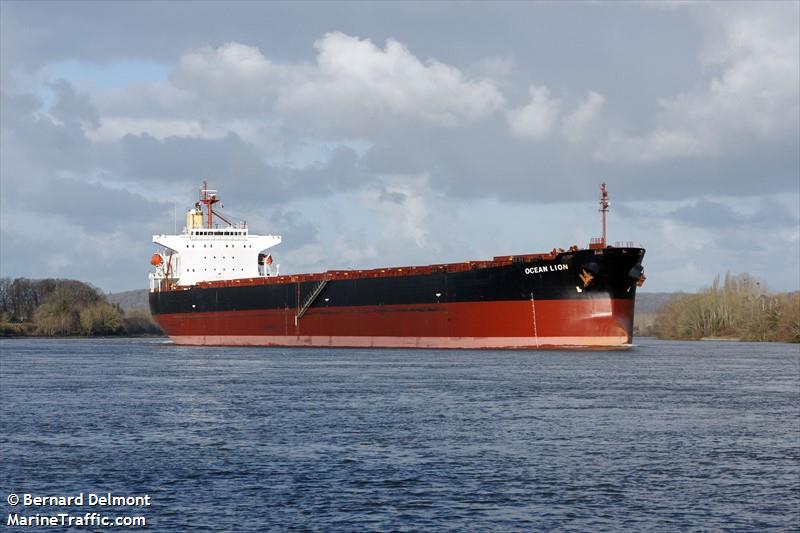 , left the port of Chornomorsk this morning to deliver 64,720 metric tons of corn to South Korea, joining 10 ships that have already departed Ukraine since the country reached a shipping agreement with Russia last month. The Ocean Lion had been marooned in Ukrainian waters since war broke out with Russia in late February.

Meanwhile, two empty ships thus far have called at Ukrainian ports to take on cargoes with plenty more due to come.

Last month Ukraine and Russia reached a deal to establish safe shipping routes for Ukrainian grain exports from three ports for a period of 120 days. As per the details of the Black Sea Grain Initiative ships are inspected in Istanbul.

Ukraine urgently needs to shift 20m tonnes of last year’s harvest before this year’s crop comes to its cramped silos and docks. Larger ships, such as the Ocean Lion, are needed to get the ageing harvest out to sea quicker.

“The success of the initial shipments may provide momentum for the process to accelerate,” chartering platform Shipfix stated yesterday. “Still, with average cargo order sizes remaining around 20,000 tonnes, according to Shipfix order data, approximately one thousand voyages will be required unless larger vessels become involved in the trade.”

A 10-nautical-mile buffer zone has been created as part of the safe corridor to ship Ukrainian grains overseas with insurers in London now saying they are willing to cover ships going in and out of Ukraine, content with the successful first set of voyages seen this month.

Not every shipment has gone to plan however. The first crop cargo to depart Ukraine’s newly opened grain ports is now floating in the Mediterranean Sea, searching for a new destination after losing its buyer. The cargo onboard the Razoni bulk carrier was rejected by its final buyer in Lebanon, due to a five-month delay in its delivery. The ship is now at a Turkish anchorage while new buyers are being sought.