Comparing his ship to a prison at risk of sinking, the master of the abandoned chemical tanker Qaaswa 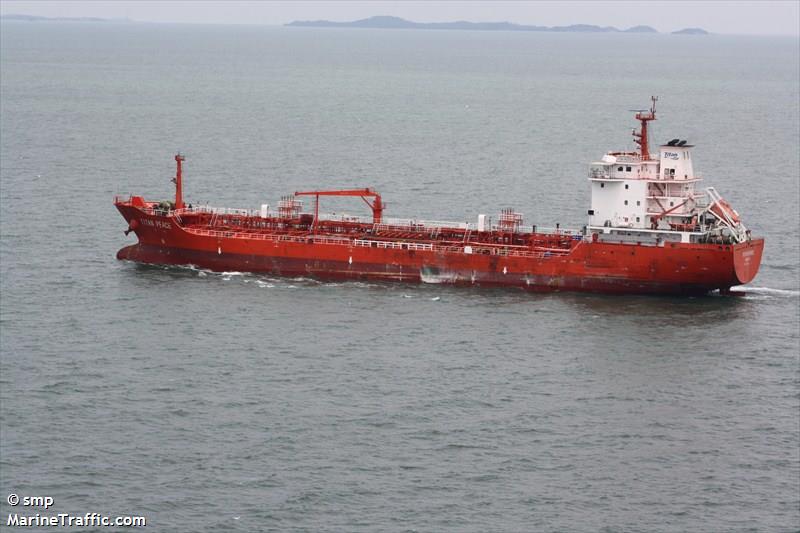 has contacted Splash with further details of his crew’s plight off Tunisia. The ship has been anchored off the North African coastline since last May.

The UAE-flagged ship belongs to Sharjah-based Alco Shipping Services, a company, which has been linked to a number of crew abandonment cases in the past 12 months.

Captain Yehia Kamel said the ship has now run out of lube oil, all safety equipment is out of order, and in the engine room many pipelines and the sea chest are in bad condition, and have had to be repaired by cement which could cause pipeline failure and flooding. Moreover the bilge pump is not working, meaning the ship could sink as there are holes in two tanks on the ship’s hull.

Onboard the Qaaswa are two Indians, three Bangladeshis and 13 Egyptians. The local embassies of the affected crew have been contacted in Tunisia who are now trying to find a solution to the crisis.

Many of the ship’s certificates have expired and payment arrears are now more than six months leading to horrendous stories of hardship for the crew’s families back home detailed by Kamel in a lengthy email sent to Splash. Shipping charity Sailor’s Society contacted Splash over the weekend to reach out to the families affected.

There is no medicine onboard and five crew are sick and need to visit a doctor ashore.

All crew want to sign off immediately and get paid. Many of the men have not touched land for more than nine months.

Despite the dangerous conditions onboard – and the risk of the ship sinking – Kamel said the ship’s owner is planning to tow the ship to Port Said in Egypt with all the crew onboard.

Steve Trowsdale, inspectorate coordinator at the International Transport Workers’ Federation (ITF), said his organisation was working to resolve the situation. The ITF has been involved with four similar cases with the same owner, Alco, in recent years including repatriating two sets of crews from the Qaaswa.

“I can assure you that we are doing everything we possibly can, but unfortunately when you are dealing with a vessel that is owned in one country and abandoned in another, with an owner who lack the moral responsibility to look after their crews, it is a difficult challenge at times,” Trowsdale wrote in an email to the beleaguered Qaaswa captain.

Cases of crew abandonment continue to shame the shipping industry. The secretary-general of the International Maritime Organization (IMO) spoke last October of shipping’s “human duty” to ensure crew abandonment is kicked out. Interviewed by Splash as part of this site’s crew abandonment campaign, Kitack Lim, the South Korean in charge of the UN body, urged port and flag states to cooperate more to help fight the scourge.

“Abandonment is a humanitarian issue that impacts heavily on seafarers, on their physical and mental health and on their loved ones, who may be left without contact for days or weeks on end. Whatever the reason for it, seafarer abandonment is a serious problem that can blight the lives of those caught up in it. We simply must tackle it,” Lim said.

The IMO and the International Labour Organization (ILO) have created a database on abandonment cases to name and shame owners, which is available by clicking here.