Initial inspections of the four ships that UAE authorities said were “sabotaged” on Sunday points towards the use of limpet mines.

Sources at Fujairah port who yesterday inspected three of the four hit tankers tell Splash the damage done on each vessel looks very much like limpet mines were used, a type of naval mine attached to a target by magnets. All four ships suffered damage to their sterns.

Divers spent much of yesterday assessing the damage on all four ships, which include VLCC Amjad and LR2 Al Marzoqah belonging to Saudi Arabia’s Bahri, the Andrea Victory, a 47,000 dwt tanker operated by Norway’s Champion Tankers and Sharjah-registered bunker tanker A. Michel.

UAE authorities had initially said the ships were “sabotaged” without providing further details.

The attacks come as tensions between the US and Iran escalate in the wake of Washington reimposing sanctions on Tehran and deploying an aircraft carrier to the region.

The Norwegian Maritime Authority yesterday took the decision to warn owners to up their security levels to MarSec 2 around Fujairah waters, which corresponds to an elevated threat warning around the port.

Lars Bergqvist, a security consultant, told Splash ships in the area must adhere to the ISPS code when carrying out surveillance.

“Good watch keeping would be one crewmember on the port bridge wing and another one on the starboard bridge wing, and at night time operating the search lights,” Berqqvist said, adding. “On deck, crewmembers should be on roaming patrols from forward to aft. In the night, the side of the ship ought to be illuminated.”

Further, if a ship is at anchor and in calm weather the man overboard boat could be used to make patrols around the ship, Bergqvist suggested.

An American military team’s initial assessment is that Iranian or Iranian-backed proxies used explosives to blow holes up to 3 m in radius just below the waterline in the ships anchored off the coast of the UAE. The AP story came from an official who was not authorised to discuss the investigation publicly and spoke on condition of anonymity.

Commenting on the exclusive images obtained by Splash, Will McManus, who heads maritime security firm RSG, said the damage was unlikely to have been from a rocket-propelled grenade. He felt the most likely source of the damage was from a waterborne improvised explosive device.

President Donald Trump warned Iran on Monday afternoon it will “suffer greatly” if the country does “anything” in the form of an attack.

Port officials at Fujairah told Splash today the port is running normally and no pollution or injuries have been reported. 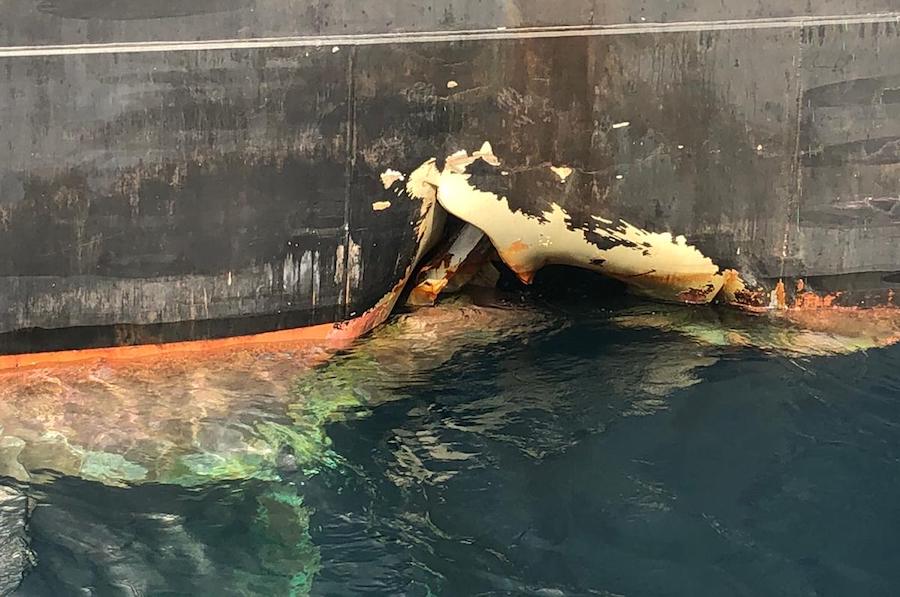 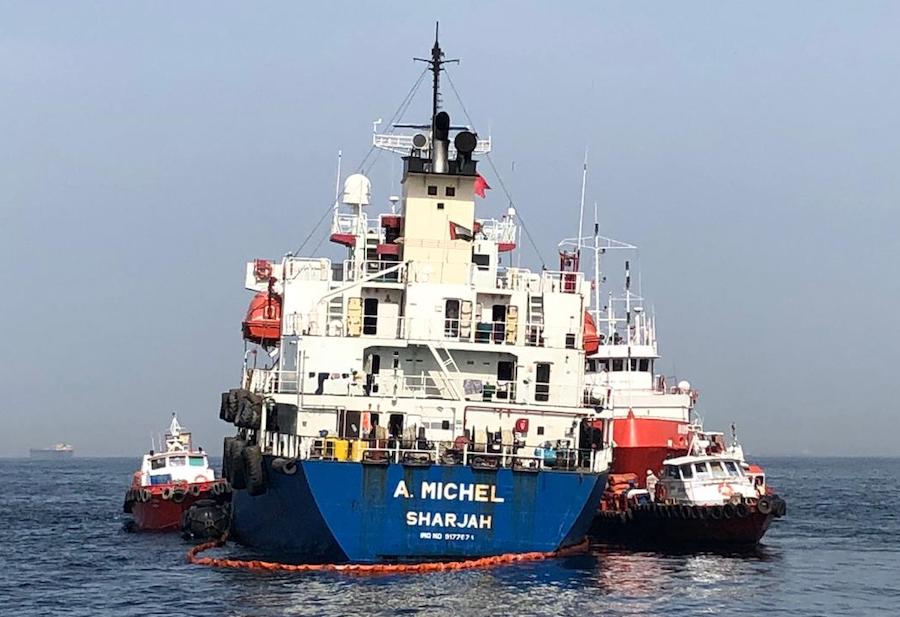 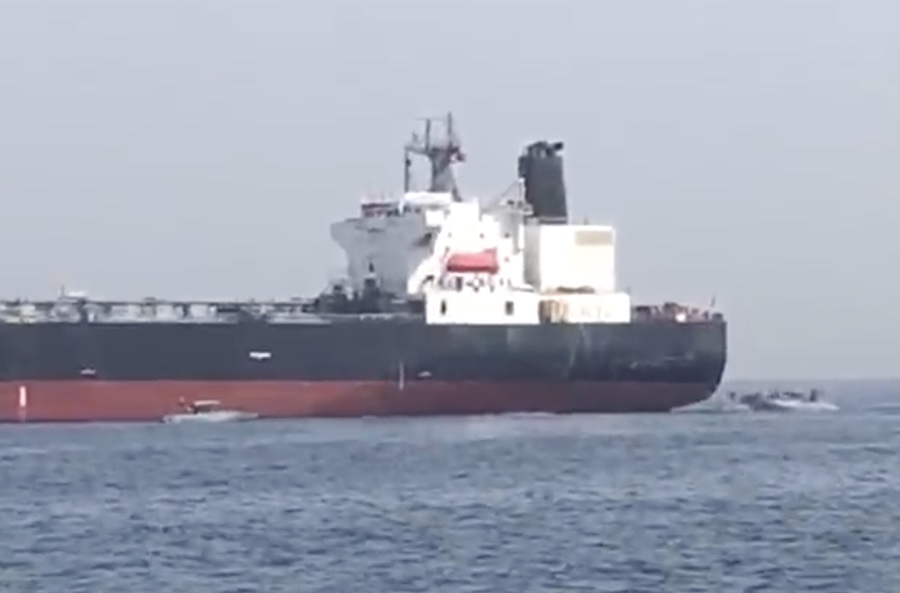