Lars Jensen fears too many liners may rock the boat heading into 2020.

To say that container lines face challenging times in terms of pricing right now would be a cliché for the simple fact that such a statement would hold true no matter when this particular column was written. However, the devil is in the detail and the underlying challenges right now are a mix of old well-known issues mixed in with new unfolding dynamics.

There has not been any shortage of coverage of spot price developments by the shipping press in 2019, and by and large the focus has been on the apparent weakness in the pricing levels. This was either due to a failure of raising the rates during peak season as was the case for the transpacific, or due to an outright decline as was the case for Asia-Europe.

But such gloomy headlines were counter-acted by the carriers’ Q3 results, which showed that the average revenue per teu obtained by the main carriers during the peak season were actually holding firm at the same levels as last year, and in some cases even increasing. The result were across-the-board improvements in profitability, although Yang Ming and HMM still fail to get out of familiar loss-making territory.

As a straight average across the carriers who provided details on their freight rate developments, the carriers have seen a 0.7% improvement in unit revenues. During the same period, the contract indices CCFI and XSI from the Shanghai Shipping Exchange and Xeneta have seen an average reduction of 0.2%. It should be noted, though, that the XSI increased 1% and has a wider market coverage than the CCFI.

Conversely, the spot indices SCFI, WCI and FBX from the Shanghai Shipping Exchange, Drewry and Freightos respectively, show an average rate decline of 13%.

This clearly indicates that spot rate developments cannot be taken as an indicator of the carriers’ financial exposure and development. Instead, it points to two aspects that are important. One is that the importance of the spot rate market in general for the carriers is relatively minor versus their contract exposure. The other aspect being that carriers appear to be successful in increasing their revenue per teu beyond what the ocean rates can warrant – through additional services and/or penalty fees such as detention and demurrage. Without further details released by the carriers it is not possible to quantify the split between the two.

Hence despite the negative developments in the spot markets, carriers’ unit revenues were resilient in Q3. The question is whether this momentum can be maintained going into Q4 and 2020.

For Q4, the carriers are struggling with weak demand and challenges in relation to passing on the low-sulphur fees w. This is made even more challenging by a sharp drop in the price of standard heavy fuel. As an example, the benchmark price in Rotterdam has dropped from $421 per ton in September to $245 per ton now at the end of November. At the same time, the new low-sulphur fuel price initially spiked at around $580 per ton and has now stabilised at around $500 per ton.

In an environment where demand is also under pressure, the tendency in the market right now appears to lean towards the more tactical/opportunistic pricing by some carriers which may well jeopardise the rate levels for contracts for 2020.

This article first appeared in the latest issue of Maritime CEO magazine, the quarterly title aimed at the top names in shipowning. To subscribe, contact grant@asiashippingmedia.com. 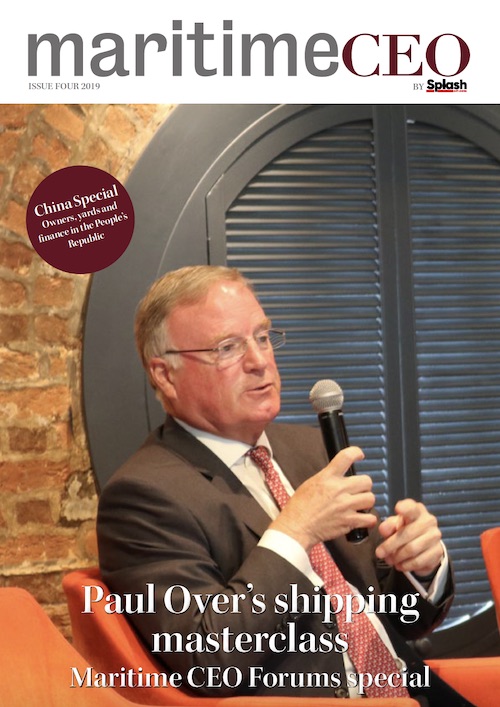