Dr Lynn Simpson, the outspoken Australian vet, is back with her first article for Splash in 2017. She takes a look today at how shipping live animals across the globe could be killing humans in the process.

The world is running out of effective antibiotic options to fight ‘superbugs’.

Superbugs are microbes such as bacteria, simply understood as ‘germs’ that are resistant to common medications. Something we should all be aware of.

The evolutionary pressures causing superbugs are becoming more prevalent. Doctors in hospitals worldwide are wondering how long until they have overwhelming numbers of patients who are non responsive to common medications and no medications left to fight increasingly resistant ‘germs’ that are killing innocent people. This is called antimicrobial resistance or AMR for short. People do not develop resistance to drugs such as antibiotics, the ‘germs’ do. They can become resilient and harder to kill.

What does this have to do with shipping, I hear you ask?

Simple, any animal product, including those derived from live export can contribute to the development of AMR. Official notification of risks from exporting countries to importing countries could help reduce AMR events.

All live export ships from Australia carry animal medication and instructions to use it when needed. Most of the voyages from Australia and other countries do not carry a veterinarian, nor do they carry diagnostic laboratory equipment to confirm what disease is present. Educated guesswork is the foundation of the majority of anti microbial treatments. But what if a stockman or crewmember is administering the medication? Well-meaning, but not adequately trained to understand the pharmacology, pathology and subsequent consequences and risks of poorly or uneducated guesswork.

The cow in the header image was born thousands of miles from where she died. I watched astounded as she was delivered to this slaughterhouse in Kuwait – a single animal on a small truck. So sick she could barely walk into the slaughterhouse. In Australia she would have been euthanised where she lived, then buried or burned for disease control purposes. It would have been illegal to transport her, and she most certainly would not have ended up in the food chain for human consumption.

Witnessing this event reiterated why I personally don’t consume animal products in countries that import live animals or have dubious slaughter practices.

She was not an animal I had an immediate history of, but was she one I had delivered by ship in the past? Possibly.

Had she been given medication in her most recent holding facility? Possibly.

If she had, did her muscle; now processed as meat carry medication residues? The risk this entails is two-fold. A low risk that the consumer could become ill from the medication, more likely that they could become sick from whatever ‘germ’ it was that had brought her so close to death when I first saw her.

Her slaughter was quick; she was weak, conscious and gave very little resistance. Truth be known, the slaughter man probably only beat the ‘germs’ by hours.

Who knows what the ‘germs’ did next? Her visually diseased udder was removed and discarded, but the ‘germs’ were not isolated to the udder, the ‘germs’ would have been coursing through her blood stream and have been present in every piece of her that ended up in a butcher shop, fridge or on a plate.

These are the reasons I would never allow any of my crewmembers to consume any animal on my voyages that had been medicated.

The World Health Organization (WHO) has been diligently working on a solution for this growing problem for decades. Doctors and veterinarians are scolded not to give medication unless absolutely necessary, thus reducing the development of AMR. So why don’t the live export ships routinely warn importers of the potential drug residue risks? Or provide mitigation measures to improve public and animal health safety.

Recently the Australian Department of Agriculture and Water Resources was asked questions pertaining to this issue and the answers returned to the political party whom asked, left me and I presume any importing country, with diminished respect for the Australian government’s commitment to global, public and animal health.

Don’t take my word for it, read the questions and answers in the link here. Make your own mind up. Is this adequate for international trade and health?

This is important stuff. I promise you will believe me if you’re ever in hospital and the drugs don’t work. In 2016 the Obama administration suggested doubling its budget to combat and prevent AMR to more than $1.2bn. Australia’s strategy seems to be more of a don’t ask, don’t tell strategy.

These live consignments are generally traceable, hence legal frameworks could be developed to help prevent and control AMR. However, as discussed previously, ear tags are not always readable and the individual animals treated with medication cannot always be recorded. All animals consume some sewerage on voyages due to poor hygiene and this makes every animal on a ship at risk of contributing to superbug development. Don’t blame the livestock, they are not super villains, simply potential incubators in a microbe-rich environment. 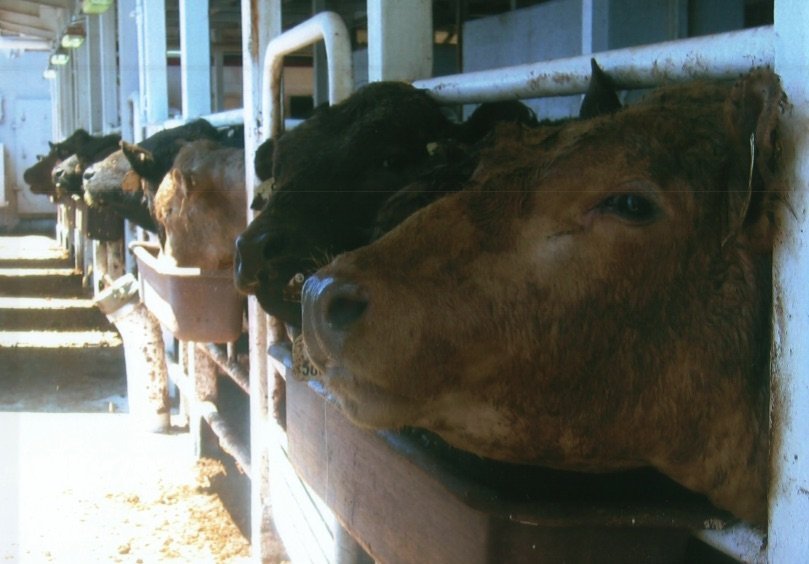 Importantly, consumers deserve to know what risks they are taking when they consume an animal product whose history and health treatment may have put them at risk of illness from poorly, trained/justified medication administration.

The first step in reducing this risk with live exported animals globally would be to ensure there are competent veterinarians on ALL livestock voyages.

Secondly, exporting and importing governments and shipping companies should have open communication and all required AMR mitigation facts and measures in place before a single ship sails.

Global thinking is the cornerstone to both public health and shipping.