Dr Lynn Simpson enters the ring in the fight between veterinarians and those she describes as spin doctors.

In this growing age of social media, the appetite for facts is growing. Facts regarding what happens to any animal that is exported live, by ships, is a very hot topic right now as awareness grows exponentially.

Personally I think this is great! Knowledge is power.

What I don’t understand is how people, some presumably intelligent, are fooled and made complacent by the readily available industry approved facts. The repeatedly, poorly defined, and overarching comment of Australia having a 98% success rate with live export.

You don’t need to be Einstein to realise: a 98% success rate equals a 2% failure rate.

This would not be a great advertising endorsement for a mode of transportation of any kind, be it for humans or animals. Only a fool would proudly tout a 98% success rate and not understand its relationship to the remaining 2%.

The animal in the header image above was definitely one of the 2%.

It mattered to him.

I found him collapsed upon discharge, I shot him, and once he was unconscious I cut his throat to remove his blood supply to ensure no recovery from the captive bolt gun shot.

And let’s look at the definition of success; my dictionary states it as: ‘The correct or desired result of an attempt’.

In the last few years I sailed I was being asked to change my end of voyage reports to indicate a ‘success rate’, not a ‘mortality rate’. No way would I do this.

What a ridiculous request, misleading at best. I’m a veterinarian and was hired to treat and report on sick animals, not ignore them.

The majority of people are not stupid, they can see through this attempt at ‘window dressing’ by ‘spin doctors’. I sailed on ‘long haul’ voyages, and I call a spade a spade. Dead is dead, not, ‘unsuccessful’.

Morgues are not full of ‘unsuccessful’ people.

The voyage mortality rate as it is, is already poorly indicative of the number of animals who do not survive the export process.

My report was for deaths that occurred on the ship. One ‘leg’ only, of these animals’ journey.

Globally it’s difficult to get reliable facts on the numbers of animals transported. Most countries do not report mortalities from live export.

Australian parliamentary legislation requires the number of animal who die on Australian live export ships to be recorded. This number is available to the public as a yearly total.

Whilst the mortality levels of this one leg seems to be a respectable act of transparency from a government agency it unfortunately is not replicated around the world by every country that exports live animals. It should be adopted globally as a minimum. Then the world would know the true cost in lives of live export by sea. Regardless of the fact it falls well short of the true unscheduled mortality of the trade.

The recorded mortality rates (unsuccessful animals) for 2016 do not appear to be released yet, however here are 2015 and 2014’s numbers as issued by the Australian Live Export industry.

So when you look at the averages there is a clear correlation – more days at sea equals more deaths. Animals are not built to travel by sea. 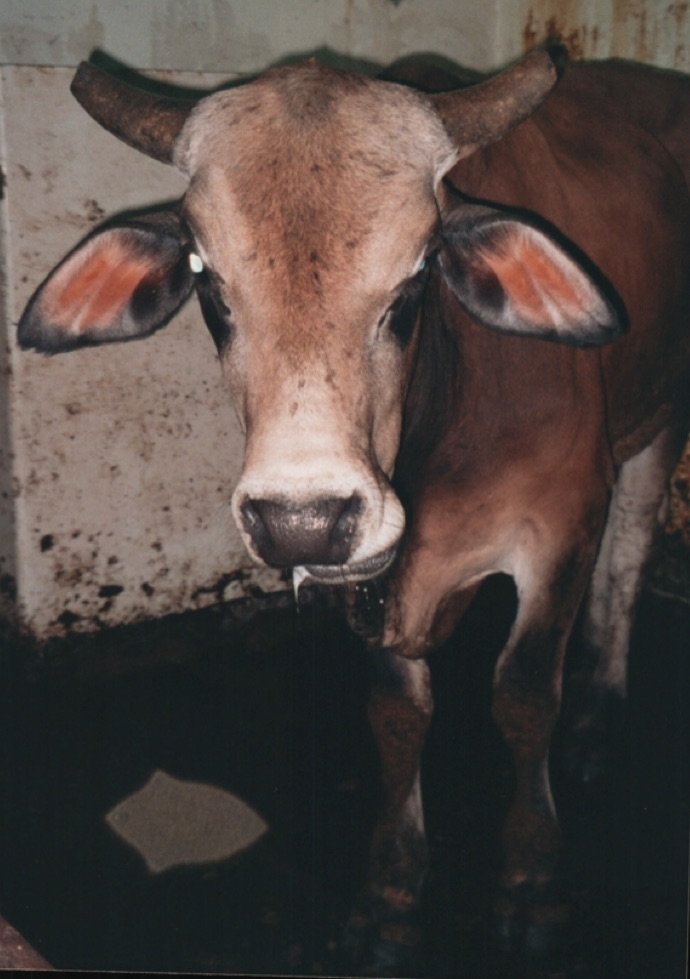 This seemingly healthy looking animal joined the 2% of unsuccessful animals just days after this photo, regardless of treatment and hospital space.

Mortality rates are a blunt indicator of animal welfare and death rate in the live export process.

It’s an extraordinarily unusual event for an animal to just fall over dead. There is first a range of health declines such as weakness, illness, injury; we call these morbidities. Many morbidities soon become mortalities once unloaded from a ship and are not accounted for in a transparent fashion.

These morbidities are more difficult to quantify and usually go unreported. They often lead to death.

Morbidities are not recorded and should be.

The true number of mortalities of the live export trade is easy to calculate.

Being outraged about this would be foolish. As humans on this planet we also have a 100% mortality rate.

Where there is justification of outrage is how many animals in this trade die from unnecessary suffering and pain. Its unlikely we will ever know the number of animals who die in this trade outside the slaughterhouse and are not accounted for in a parliamentary report.