Dr Lynn Simpson, one of Australia’s most experienced and respected live export veterinarians, continues her exclusive series for Splash.

A stinky livestock ship crossing an ocean is a world away from the bright lights of Sydney and never the twain shall meet. I have a city slicker friend who struggled to understand my work as a seafarer. We all know the type; he could be convinced that a left handed screwdriver existed. He wouldn’t last ten minutes onboard.

Trying to explain my work as a shipboard veterinarian proved to be difficult.

Evenings of interrogation between voyages about my bizarre job. The lifestyle of a seafarer was beyond his comprehension. He asked, I answered, and answered and answered. Then poured more wine. You’ve all been there right? It’s painful.

Later in the evening he returned from a trip to the kitchen, he stopped in the doorway, clutching the entranceway with tears running down his face. He then slid to the floor laughing his butt off at me.

With snot and tears running down his face he blurted out, “You have just spent seven years at university to get a dangerous job where your key purpose is to report to the government whether you’re literally in deep shit or not!”

Hmmm, yep. When put like that, my job did sound ridiculous.

From day one of loading livestock shit begins to build up on deck. At sea we generally feed a ‘maintenance’ ration to the animals not a weight gain ration. Hence, very little muscle conversion, most feed is passed through the animals and lands in their pens.

This buildup makes living quarters for the animals unsuitable. Part of my job was to manage the cleaning, wash-down and re-sawdust program for the duration of the voyage. 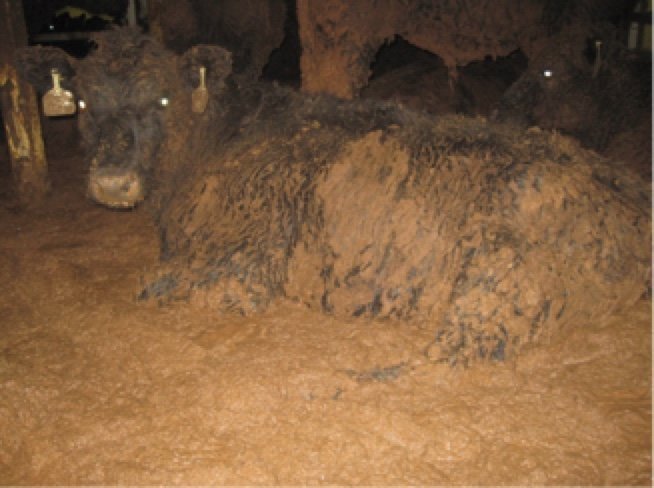 We generally would work it backwards. We needed to be as clean as possible upon arrival in the port of unloading, hence a wash down the day before arrival, then we had to mitigate heat stress/ high ‘off gassing’ of ammonia, risk areas such as the Gulf of Aden, Straits of Hormuz and the Persian Gulf. In between we would wash as often as was logistically practical. Thousands of tons of livestock urine and shit would go directly overboard.

Every time we washed a deck we disrupted the feeding, watering and hygiene associated with normal livestock management.

Managing this schedule was a team effort involving engineers, navigational officers and of course deck crew.

Firstly we needed to consume provisions such as fuel, fodder, water and anything else possible from the forward section of the vessel so as to gain a positive trim, bow up. Without the bow being higher than the aft, very few of these ships can drain, as most drains are aft. We generally needed a ‘list’, again provision consumption to attain a suitable ‘list’ for side drainage was required.

Once a positive trim and ‘list’ is achieved we could turn the hoses on and start cleaning. No space on these ships is wasted; therefore decks are washed with the animals still in their pens, from the top decks down.

If it was hot I requested the animals get a hose down so their ability to dissipate heat is increased, they get cleaner and I can visually see things such as leg injuries requiring attention.

Sometimes if we were experiencing a potential heat stress mortality point we would wash cattle to cool them off.

Maritime pollution (MARPOL) regulations are a bit ambiguous to read and sometimes we were not sure where we could discharge so much slurry of livestock shit and urine, so we would wash at night to avoid detection by satellites as we left quite a distinct discoloration in our wake. 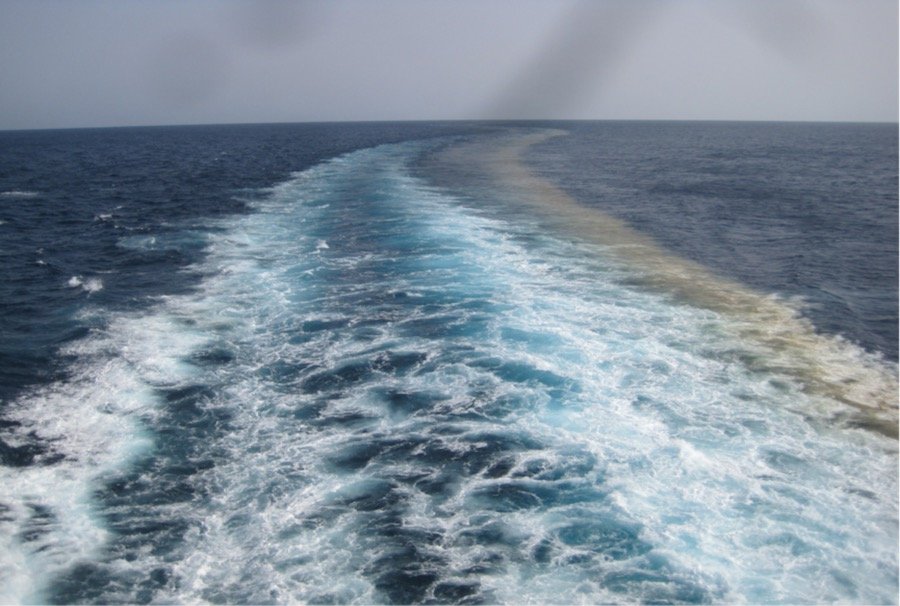 Washing had its positives; cleaned the decks and cattle, reduced heat and gas buildup and I was told by a dive school operator that when we were in port there was always a much more interesting range of sea life, including whale sharks. He started phoning me in Australia to ask when we were coming back to Jordan so he could book in dive tours! Doing our bit for tourism.

Negatives included adding pollution to the sea, potentially driving contaminants into wounds on animals and into their eyes.

One negative I hadn’t expected came as a surprise when the bosun found me quizzically looking at used condoms on the deck immediately after a wash-down shift had ended. We exchanged looks. I gazed at the cattle nearest to us. He chuckled at me and said the guys on the hoses wear them during washing as they get so covered in shit and urine that they sometimes contract urinary tract infections. You learn something every day! 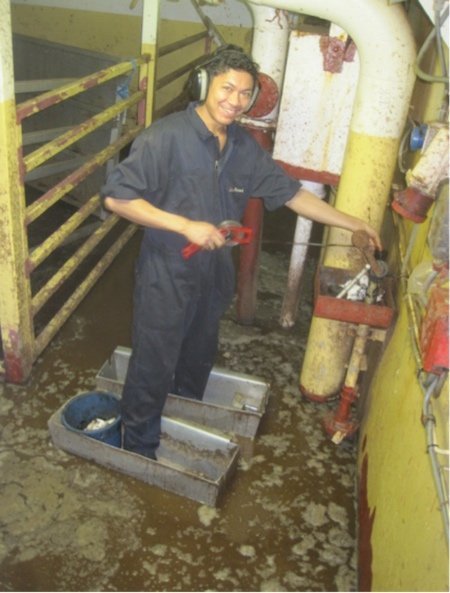 I still have total respect for all those crews still working to improve conditions for the animals.

Ironically by exposing the true onboard conditions of the animals and the ships I sailed on I am now metaphorically still in deep shit regarding my live export career whilst on land.

Splash is asking all seafarers who have worked on livestock carriers to share their experiences. Your views can be anonymous. Please contact the Splash editor at sam@asiashippingmedia.com.

SK Shipping and Sinokor sign up for autonomous technology

SK Shipping and Sinokor sign up for autonomous technology