When the livestock carrier Ocean Outback anchored off of Perth in Western Australia on December 29 reporting engine problems, the Australian livestock export industry’s ability to respond to significant supply chain disruptions was put on show for the world to see.

Australia’s stringent livestock export transport protocols are not only borne out of the significant distance between our ports and some of our most significant markets, it also reflects our willingness to learn from our experiences and our commitment to continual improvement.

Two inevitabilities of shipping are that vessels will occasionally experience mechanical difficulties and crew on livestock ships need to be continually active in managing animal welfare.

For the 7,400 sheep and 5,600 cattle on board the Ocean Outback, the supply of food, clean water and fresh air wasn’t compromised while the source of the problem in one of the vessel’s two Wartsila 9L32 engines was investigated.

The Ocean Outback’s advanced ventilation system fans an average of 110 air changes per hour, four times the Australian standard and 3.5 times the number of air changes on a commercial airliner. It can carry 2,000,000 litres of fresh water and produce 320,000 litres of desalinated fresh water per day, as well as holding 2,000 cu m (1500 tonnes) of fodder.

The animals onboard were found to be in good health by the Australian government-accredited veterinarian and fully qualified stockmen on board, as well as the Western Australia government veterinary officer and local RSPCA representative who also conducted inspections.

It was ultimately determined that engine repairs in Singapore were needed and arrangements were made for the sheep to be offloaded at the port of Fremantle. The cattle remained on board and were shipped to Vietnam where they were delivered to an approved feedlot in preparation for processing at an Exporter Supply Chain Assurance System (ESCAS) accredited facility, which employs stunning or captive-bolt processing.

Livestock mortalities recorded on the Ocean Outback (three cattle, 30 sheep) over the ten-day period were released publicly and there was no suggestion from the veterinarians who inspected the stock that the mortality risk was exacerbated by the delay.

For exporters, livestock are not purely numbers. Industry takes no comfort from any onboard deaths and pre-export preparation is critical in mitigating mortality risks through careful selection and conditioning of animals for the export journey.

Vessels carrying Australian export livestock are dedicated ships, specially built or modified to transport animals. The Ocean Outback, for example, is purpose-built to transport livestock. All vessels must comply with Marine Order Part 43 requirements and hold an Australian Certificate for the Carriage of Livestock (ACCL) as issued by the Australian Maritime Safety Authority (AMSA).

Regulatory standards require that animals have space within a pen to stand up and sit down throughout the voyage. Extra space is given to larger animals and in hot temperatures, with consideration also given to the destination, time of year and pregnancy status.

During a voyage all livestock are monitored by experienced stock people and veterinarians who are supplied with appropriate equipment and medicines. If an animal becomes unwell, it is cared for within special hospital pens or, if necessary, humanely euthanised.

The national livestock export industry transport performance report shows how industry is monitoring mortality for trends and to help guide future research. For cattle, the total mortality rate has varied between 0.10 and 0.42% since 1995. And while mortality rates for sheep exported by sea in the late 1980s and early ‘90s were around 2-3%, the rate has not risen above 1% since 2003. These results have been achieved via the industry’s investment in better onboard conditions and ongoing research projects which support further reductions in onboard mortalities.

By understanding our responsibilities to the animals in our charge, ensuring our practices along the supply chain support good welfare and by putting in place contingencies when things don’t go to plan, Australian exporters continue to set global standard for risk management, animal welfare and transparency. 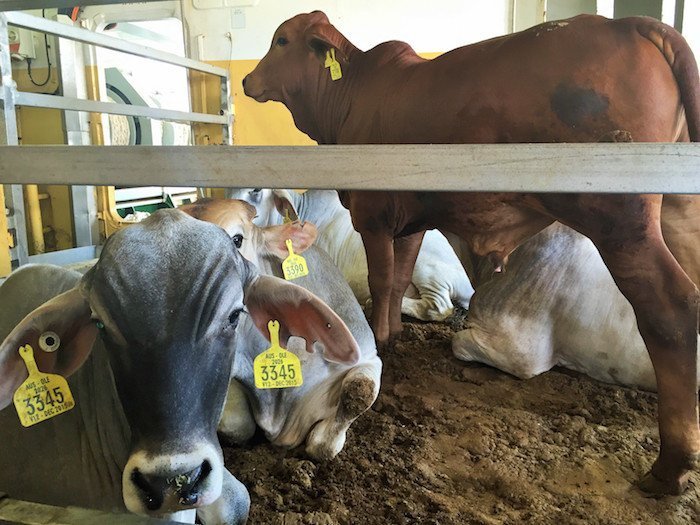