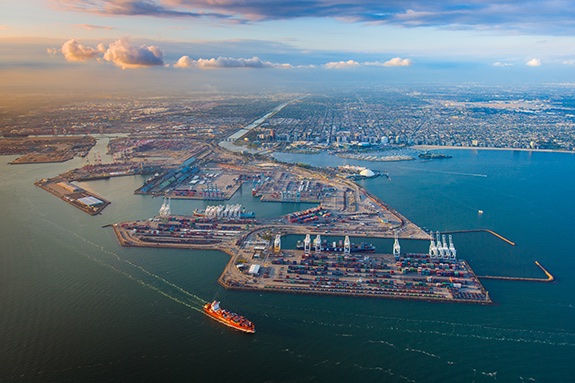 Macquarie has had a massive clear out of its North American port assets to focus on taking over OOCL’s Long Beach Container Terminal. Alphaliner is reporting UAE-terminal operator DP World in association with a Quebec pension fund have agreed to acquire Fraser Surrey Docks (FSD), a multipurpose cargo terminal in the Canadian port of Vancouver, from an investment fund managed by Macquarie.

The news follows soon after Singapore’s PSA International finalised an agreement to acquire Halterm Container Terminal in the Port of Halifax, Canada, and Penn Terminals in Pennsylvania, US from Macquarie Infrastructure Partners. Macquarie also sold its Gdansk terminal in Poland to PSA earlier this year.

The sales comes as Macquarie shifts its investment to California. At the end of April it was revealed a consortium led by Macquarie Infrastructure Partners had won a $1.78bn bid to take over OOCL’s Long Beach container terminal.

For DP World, the Surrey investment along the Fraser River in the southeast of the Vancouver metropolitan area bolsters what is already a strong portfolio on the Canadian Pacific seaboard. DP World has a container terminal in Vancouver, Centerm, as well as the Fairview Terminal at Prince Rupert.

In related news, the Prince Rupert Port Authority has just announced the completion of a container terminal master plan that outlines plans to expand the port to an annual capacity of 6m – 7m teu.

Blystad seeks to shore up finances at Songa Container