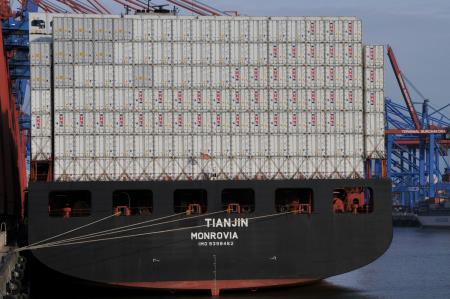 Containerships Safmarine Nokwanda and Tianjin collided at South Korea’s Busan Container Terminal on Saturday, leading to damage on both ships.

The incident happened when the 4,500 teu Safmarine Nokwanda was berthing at the port and it struck into the stern of 10,000 teu Tianjin.

Tianjin suffered major damage and a number of containers from the ship were crushed and fell off the ship following the collision. Safmarine Nokwanda suffered damage to the bow.

Safmarine Nokwanda is operated by Maersk’s South African unit Safmarine and Tianjin is owned Germany’s NSB Holding and is chartered to ZIM.

According to AIS data, both ships have left Busan to continue their voyages. Safmarine Nokwanda is heading to China while Tianjin is sailing to the Americas.