The instigator of the so-called ‘arms race’ or supersizing of container shipping is downing weapons, claiming boxship sizes have plateaued finally.

Speaking yesterday at TPM, the giant container conference in Long Beach, Søren Skou, the CEO of AP Moller-Maersk, told delegates he had no intention of building larger ships.

Maersk, the largest liner in the world, has repeatedly kick-started newbuild crazes for ever-larger sized boxships this century, something liner veteran CC Tung, the former chairman of OOCL, compared to an arms race in an address in Singapore four years ago.

The delivery of the 20,568 teu Madrid Maersk 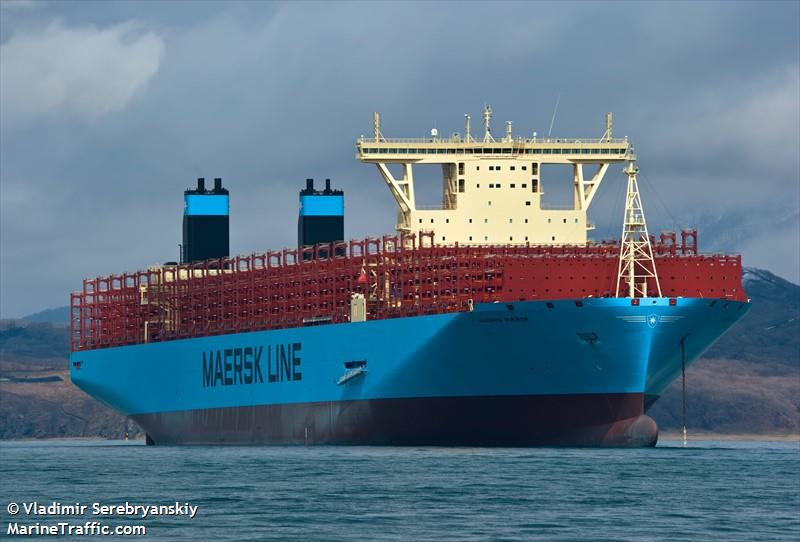 briefly became the world’s largest container vessel in 2017 before it was eclipsed by competing giants.

Skou said investments going forward would be elsewhere rather than on so-called megamaxes, a ship type he likened to Airbus’s A380 aircraft, which has proven to not be a commercial success. Skou observed that megamaxes are only suited for a few ports around the world.

“Skou is right, just like many airports were right not to rebuild themselves to handle the A380s,” Splash columnist Kris Kosmala told this site today. Kosmala, a director at Dutch engineering consultancy Royal HaskoningDHV, argued that global trade increasingly does not like to travel through hub-and-spoke networks, because its nature is rapidly changing.

Tobias Koenig, managing director at Lexington Maritime, reckoned the Maersk admission was something other liners were also tacitly acknowledging.

“I think that the carriers have realised that the big ships don’t help, because they increase transit times. Too many slots to fill and too many ports to call,” Koenig told Splash, explaining that shippers were increasingly worried by the extra costs and inventories needed to accommodate the giant new generation of boxships.

However, other experts contacted by Splash remained circumspect that Skou’s big ship climb-down would be followed by rivals.

Alphaliner’s Hua Joo Tan said that the A380 analogy was not entirely appropriate in this case.

“Maersk may have called a timeout in the race that they have started themselves, but that doesn’t mean their rivals are going to sit still,” Tan said, adding: “Maersk’s 23-row EEE ships will be surpassed next year when the first 24-row ships are delivered.”

Maersk’s partner on the 2M vessel sharing agreement, MSC, is readying to take on a series of record-breaking 23,000 teu ships shortly.

Tan reckoned that while ship sizes will likely plateau for some time, the end of the race is far from over, a point of view shared by Peter Sand, chief shipping analyst at shipowning organisation, BIMCO.

“Time will tell if others will follow suit. For now it mostly appears as an invitation for others to follow,” Sand said, noting that shipyards were readying designs of 25,000+ teu with leasing companies standing by to offer them to liners.

Nevertheless, current market conditions lend themselves to a cessation in the boxship arms race, Sand maintained.

“The way that we see the future of liner shipping – saturated demand on the megaship hauls – there is more a need to stop ordering and start filling up the ships instead,” Sand said.

Among other notable announcements made by Skou at TPM yesterday, the Dane revealed that within the first half of this year Maersk will have instant booking confirmation capability for nearly all different cargo types carried on its boxships.