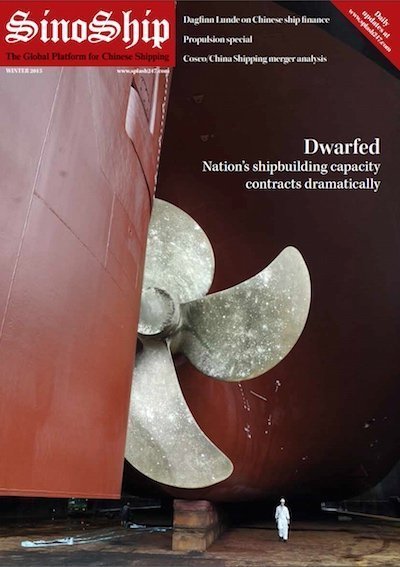 The final issue for 2015 of SinoShip features a very strong line up of writers including Dagfinn Lunde on China’s growing ship finance role, Charles De Trenck on the Cosco/China Shipping merger while regular columnist Andrew Craig-Bennett looks into shipping’s carbon footprint ahead of the Paris climate talks.

The magazine, which will be distributed en masse at this year’s Marintec China, has a look at the nation’s slashed shipbuilding capacity as its cover story and there is also a feature on propulsion. Owners profiled comes from Chongqing, Dalian and Hong Kong.