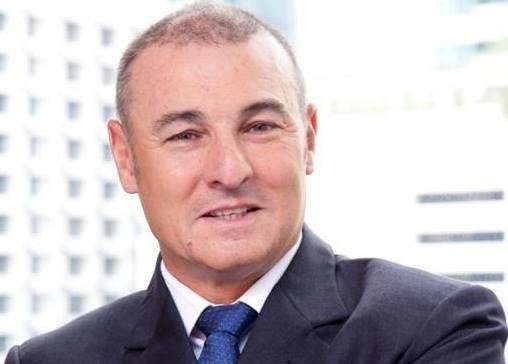 A well-known name in Southeast Asian shipping circles, Ian Claxton, quit his post at Thailand’s Thoresen Shipping, and is now heading up one of the Philippines’ largest lines, Magsaysay Transport and Logistics.

Having worked in many places across Southeast Asia, including Singapore, Claxton is well placed to note what needs to happen in the Philippines to make shipping – and indeed transport in general – more smooth.

“The government has correctly identified the need for additional transport infrastructure here in the Philippines,” Claxton says. This includes ports, inland access to those ports, transportation and warehouse/distribution facilities to service each and every growing metropolitan area.

Claxton relates how port and road congestion currently creates massive cost inefficiencies, with ships waiting several days to berth in some instances, and trucks jamming access roads, predominantly at domestic ports, affecting the cost of operation by demanding the deployment of more assets – ships – than should be required to carry the available market volume.

With many countries within ASEAN as good examples of industry clustering, such as technoparks, auto manufacturing clusters, agricultural sector clusters focusing on value add services and transport efficiencies, Claxton argues there is a lot the government can do to assist through efficient zoning and removing the need for wasteful investment in patchwork facilities.

“For example,” he says, “why build a food processing plant six days away and two ships or four truck rides away from the farm? Why not rather create the processing zone in the same geography/area as the origin of the product?”

Segregating ports and the industry transportation congestion away from metropolitan areas and their private transportation needs would relieve the commuter of many lost hours currently spent stuck in traffic jams, Claxton says. An improvement in connectivity between and within metros using mass rapid transportation systems would also help fix the country’s often dire traffic problems.

Also on Claxton’s wish list for the government to fix is reducing red tape such as application of business licences and the myriad of public service forms required for customs clearances and tax payments.

Claxton also feels that this archipelago needs a greater commitment from government to help owners invest for the long term.

“The domestic shipping scene requires long term commitment, it is one market and the player cannot dip in and dip out as and when international freight rates become more attractive or less attractive,” Claxton says, adding: “Because of that, combined with the relatively small size of the domestic market, players need some level of reassurance they can stay long term.”

Domestic ship operators are, Claxton claims, saddled with higher costs, including costs of drydocking, facilities for which are limited and therefore relatively expensive compared to international Asian drydocking.

Domestic players are obliged to flag and man from the Philippines, something that is not an issue as the Philippines provides the largest number of excellently qualified officers and crew to international shipowners. However, matching international salary levels is a “challenge” for the domestic sector, Claxton observes.

The domestic port congestion environment is different to the international player, where an owner can get a fixed day berth window in most ports worldwide, something, as Claxton makes clear, is not the case in the Philippines.

“Domestic ships spend time awaiting berth availability, operating on a first come first served basis, with limited shore cranes available, geared vessels are a must and even so, should a passenger/roro vessel arrive she goes straight to the front of the queue, meaning the ability to operate a fixed day sailing to domestic customers is virtually impossible unless a 50% redundancy is built into a fleet or a schedule, something that is very expensive to maintain,” Claxton stresses.

Then there is the worrying issue of piracy, something that has been making more and more headlines in the press in the past year.

The area in the Sulu Sea and Moros Gulf off Mindanao in the south of the country is becoming more and more a target area for the kidnapping and ransoming of foreign seafarers by the Abu Sayyaf militant group.

Historically their targets were slow moving fishing vessels, mainly Indonesian and Vietnamese, but more recently they are attacking tankers and smaller slower cargo vessels, including those carrying coal from Indonesia to the Philippines feeding the growing import requirements of the power generating industry.

“Currently, the Philippines navy and coast guard are somewhat restricted by resource availability and the area being vast, is difficult to patrol efficiently,” Claxton notes. Joint patrols with ASEAN neighbours will help as may the concept of armed escorts with a convoy system like that practiced in the Gulf of Aden, Claxton reckons.

“The industry is becoming desperate for a resolution to this problem, especially as Mindanao becomes more and more a focus area for growth both agricultural and industrial,” Claxton says.

Manila-headquartered Magsaysay Transport and Logistics owns 12 domestic boxships ranging in size from 260 teu to 800 teu, 17 domestic tanker vessels ranging from 600 dwt to 8,000 dwt plus a further three catamarans carrying between 100 and 300 persons inter-island.

Magsaysay is engaged on a gradual fleet renewal program and will take delivery of its latest acquisition – a 600 teu secondhand containership next month.

“Through our ongoing fleet replenishment and modernisation program we aim to gradually upgrade our smaller vessels to those of larger capacity, always mindful of balancing supply demand and careful of current infrastructure restrictions,” Claxton says.