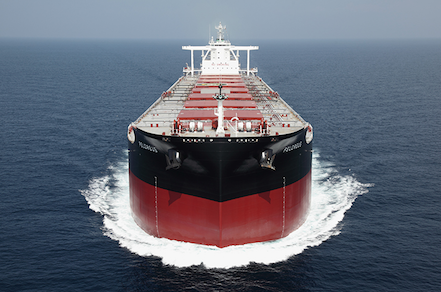 Operations will start in the second half of February 2015, from the existing offices of each of the five parties involved, a statement from Golden Ocean said today.

Capesize Chartering will combine and coordinate the chartering services of all the parties in the pool, which is the first pool of Capesize vessels seen in 13 years.

The pool will offer a wider geographic area in which vessels can be made available, with a shorter spread between loading dates. This will shorten ballast legs and therefore reduce vessels’ operating expenditure and bunker costs, Golden Ocean said.

The pool has been formed to bolster the companies’ share in the already weak Cape market. “Neither party owns, controls or manages sufficient Capesize vessels to provide competitively priced bids and efficient trading and operations to serve its customers,” the Oslo-listed owner said.

The other two partners in the JV also have a significant number of Capes on order that are scheduled to arrive shortly. Nasdaq-listed Star Bulk Carriers operates 15 Capes with another 20 on order. Eleven of the newbuildings will be delivered this year, with the rest scheduled to arrive in 2016. Greece’s Golden Union Shipping operates 17 Capes, with five on order for 2015-16 delivery.

Spot market rates for Capesize vessels are in the doldrums, even by seasonal standards. This year the average spot rate for Capes fixed in January was $5,500/day, compared with around $17,000/day in January 2014, Clarksons told Splash. Right now, Capes are trading in the spot market at around $5,800/day.

The January 2014 timecharter average for the four main Baltic Cape Index routes was $17,089/day, whereas it was just $5,523/day in January this year.

The low rates are due in part to seasonality, combined with falling oil and commodity prices that are delaying ship fixtures while charterers wait for prices to firm. The oversupply of Cape vessels continues, with a huge wave of deliveries scheduled for this year and next.

With shipping rates falling, Clarksons told Splash it expects to see increased vessel pooling and possibly mergers and acquisitions in the near future, as vessel operators look to create economies of scale.