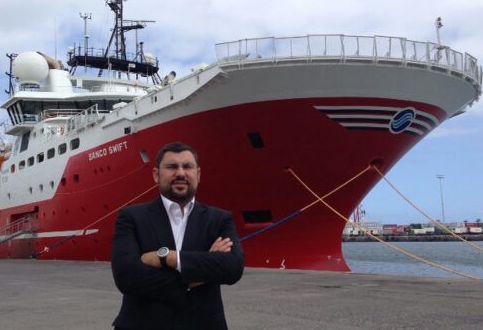 Agüimes: There’s a host of anti-piracy technology hitting the market these days. Last week Marine Armor System from Spain announced its global launch.
MAS is an innovative non-lethal  vessel protection system based on ballistic blinds, protecting a vessel or rig against pirate attacks and other potential threats such as armed robbery, terrorism and acts of sabotage.  The system includes anti-pirate blockades, bunkers and armored citadels or safe rooms onboard, protecting crew with a bulletproof barrier in case of pirates boarding, in line with IMO recommendations.
MAS is part of the Collbaix group, which has over 40 years’ experience in the production, distribution and installation of high security blinds.
MAS is manufactured using kriptonia, a patented high-quality material stronger than steel, bullet proof and certified with an FB6 ballistic level to stop military weapons, designed to protect the most vulnerable areas in any vessel or platform. MAS manufacture, supply and install security hardening systems worldwide onshore or offshore. The system is hidden when not in use, requiring no storage space onboard.
The ceo of MAS, Francisco Contreras, says the invention is a bespoke system so cost and installation is dependent on the size of the vessel or rig, level of protection and the scope of work.
“Installation of MAS can be undertaken offshore, as it does not interfere with the ship’s normal activity or operation,” he stresses.
Despite piracy levels waning off Somalia Contreras is adamant that the threat of piracy is increasing in other parts of the world, notably the Gulf of Guinea and around the Strait of Malacca.
“In the Strait of Malacca,” Contreras notes, “attacks are mainly opportunistic thefts carried out by small bands that seem only interested in cash and the crew valuables. However, this could potentially escalate into a more organized piracy model.” [29/04/14]