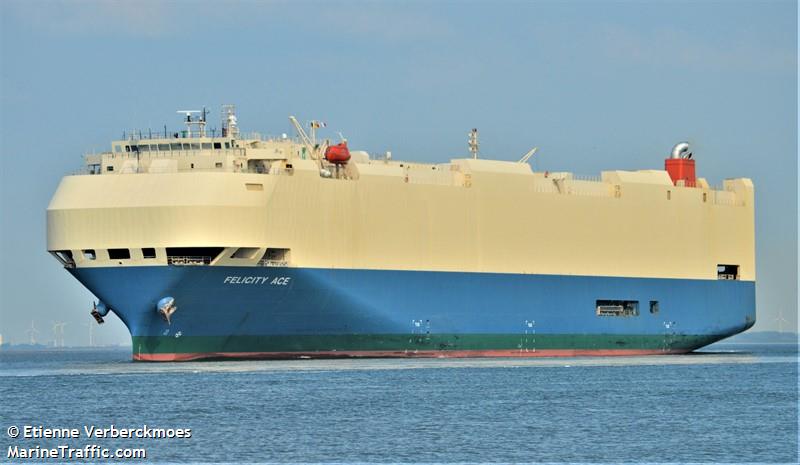 off the coast of Portugal’s Azores islands is finally easing.

The Panama-flagged ship caught fire last Wednesday while on its way from Emden, Germany to Rhode Island, US.

Two large tugs with firefighting equipment arrived on site yesterday and are spraying water onto the ship together with the patrol boat with the initial salvage team already onsite to cool down the heat from the vessel.

An additional salvage craft with firefighting equipment is set to arrive from Rotterdam on Saturday.

UK risk consultancy Russell Group said the ship has 3,965 cars onboard including brands such as Volkswagen, Porsche, Audi, Bentley and Lamborghini.

The total dollar value of goods on the ship is estimated to be $438m, according to Russell.

Cargo claims specialist WK Webster suggested that the fire has spread throughout the entire length of the vessel and it appears that everything above the waterline has been burnt, although vehicles stowed below the waterline will likely also be affected by burning debris from upper decks and fire-fighting water.

The vessel, which switched to the Britannia P&I Club for its insurance at the start of the year, is reported to be stable, in a position approximately 90 nautical miles south of Horta in the Azores, but has developed a slight list.